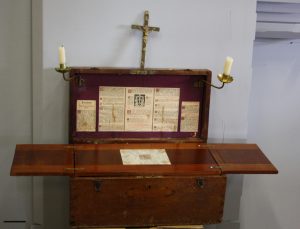 The ANZAC legend inspired by the bloody campaigns of WWI has become an important part of shaping Australia’s identity and the views of the past and the future. Objects which survive from this conflict are direct reminders of this war and often highlight the traumatic experiences many had during this time.  An object which has survived from this period, and is held in the Ballarat Diocesan Historical Commission archives, is a travelling altar.  Consecrated in 1914 and used for Mass at both Gallipoli and at the Western front, the altar is a symbol of Christian faith and highlights the important role which priests played during this conflict.

A priest who was recognised in using this travelling altar is Fr Edward O’Sullivan Goidanich MC.  With the outbreak of war, Fr Goidanich decided to enlist as a Chaplain.  Three weeks after his 48th birthday, on 6 May 1915, he was appointed as a Chaplain 4th Class (Captain) and was selected for the 6th Infantry Brigade, 2nd Australian Division. He arrived in Gallipoli in the first week of September 1915. Author Tom Johnstone emphasises Fr Goidanich in his book The Cross of Anzac:  Under the sub-heading ‘Mass at Anzac’:

‘(He) had a narrow escape from death when he celebrated Mass in White’s Gully one Sunday morning. Shortly after men had dispersed and the Chaplain had packed and moved his portable altar to his dug‐out, a large shell, possibly from a notorious gun known as Beachy Bill landed in the gully. The men of the 24th Battalion regarded their escape as little short of miraculous’.

In May 2021, the importance of the travelling altar was recognised when the Ballarat Diocesan Historical Commission archives received funding from Veteran’s Affairs to conserve this iconic object.  Conservation work on the altar immediately commenced at the Grimwade Conservation Services and included surface cleaning, stabilisation and the repair of the altar.  Any evidence of use or damage during this conflict was left untouched.  The travelling altar reminds us of the importance of faith during conflict and the dedication and commitment which many priests signed up for during WWI from the Catholic Diocese of Ballarat.

Thanks goes to Conservator Marica Mucic for providing the four images showing conservation works on the travelling altar works. Thanks to Senior Conservator and Team Leader Holly Jones-Amin, plus Conservators Jordi Casasayas and Peter Mitchelson from the Grimwade Conservation Services.

Pictures in the gallery below include: 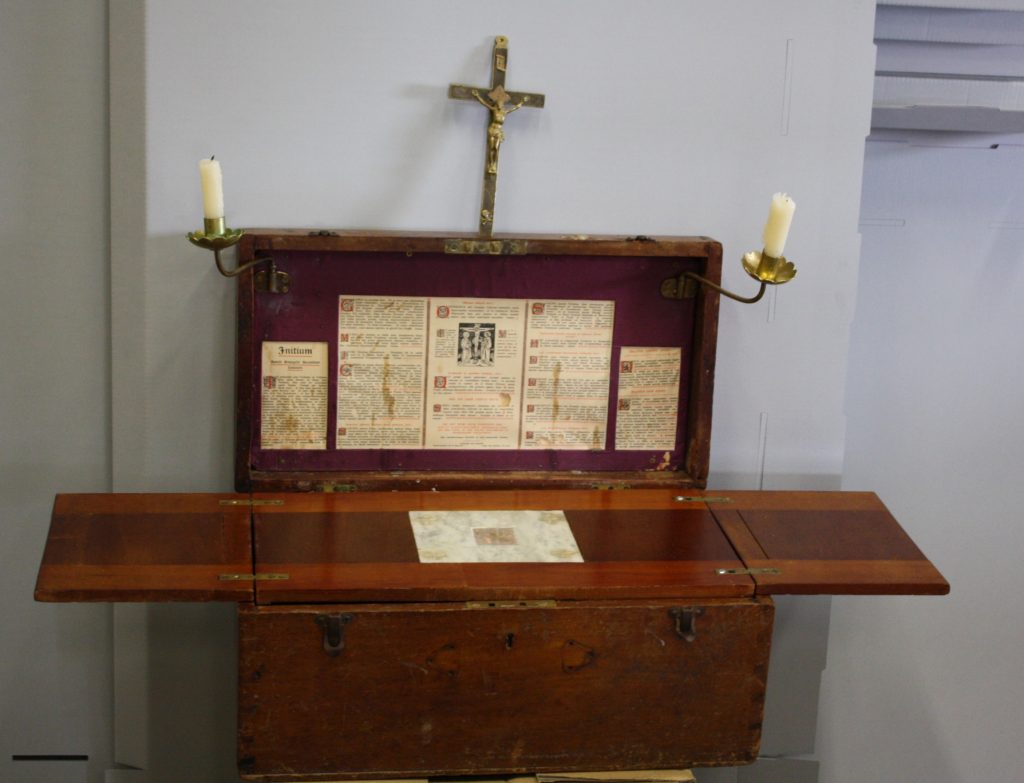 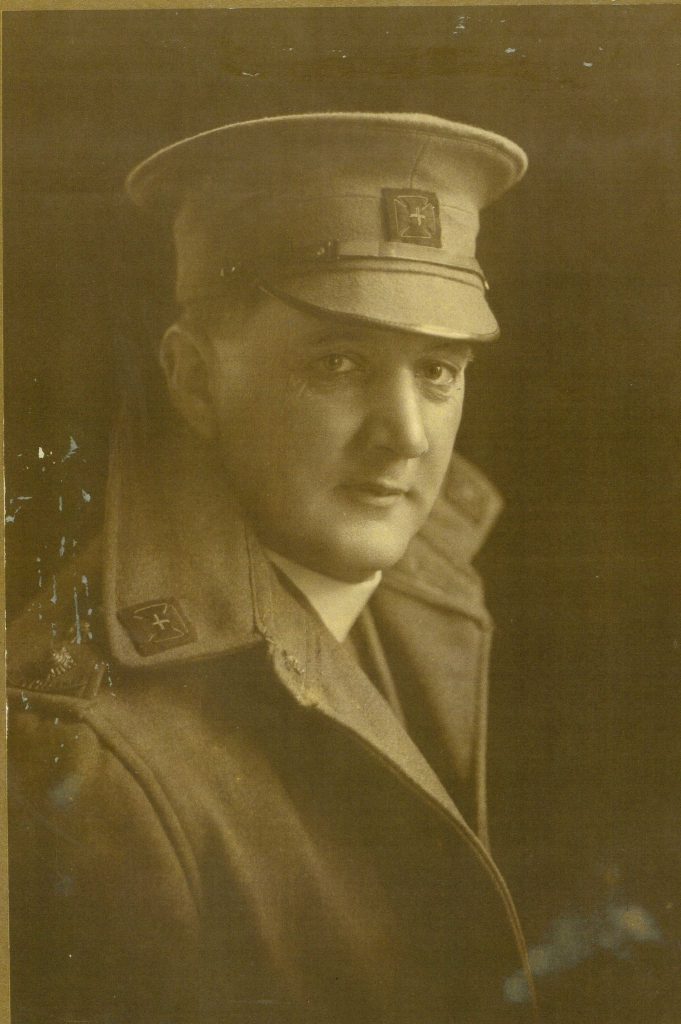 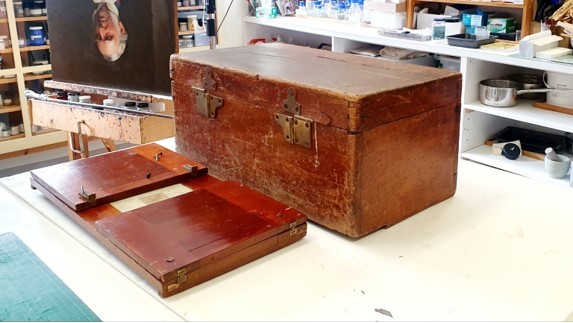 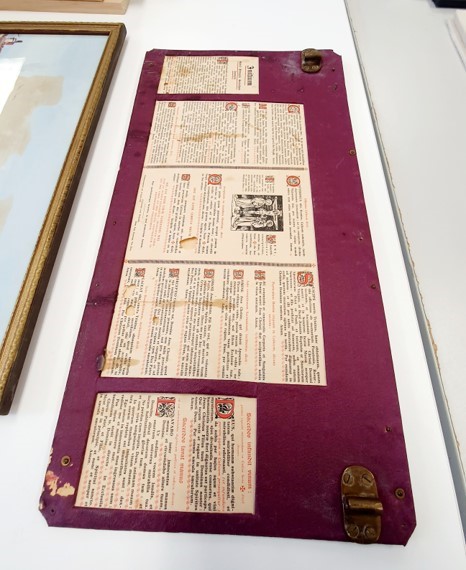 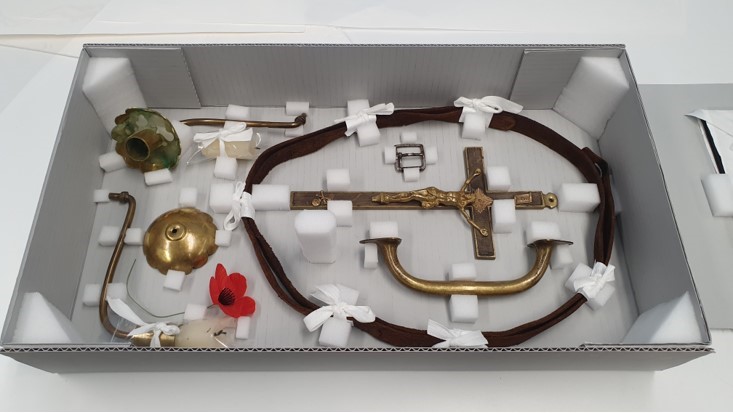 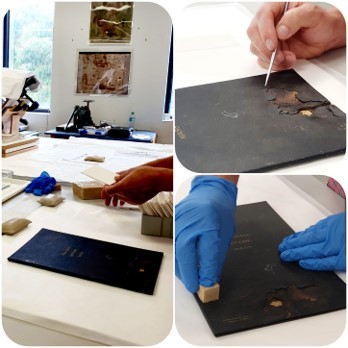 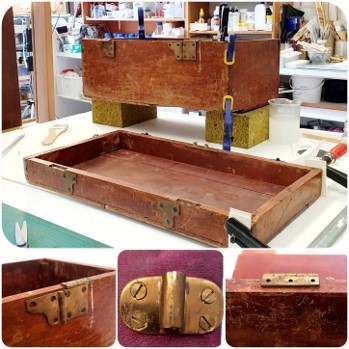 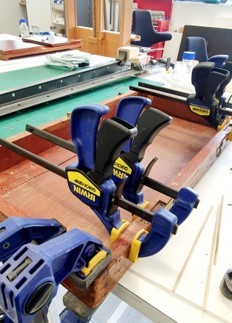 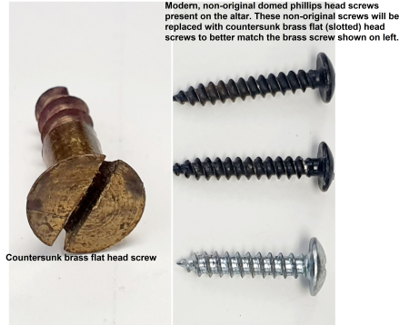 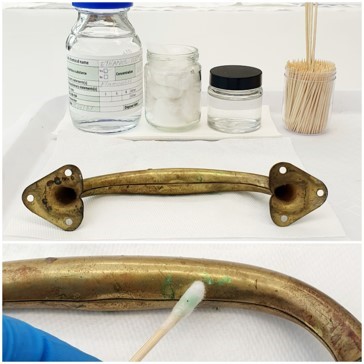 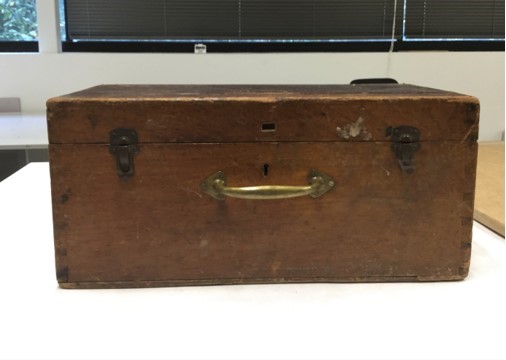