Bishop Paul was appointed Eighth Bishop of Ballarat by Pope Benedict XVI on 1 August 2012 and ordained as Bishop on 16 October, 2012.

In celebration of the 10th anniversary of the Episcopal Ordination of Bishop Paul, we feature some highlights from the past 10 years.

Bishop Paul Bird was born in Newcastle in New South Wales on 17 July 1949, the son of the late Maurice Bird and the late Olive Bird (née Burley). He is the third of their four children being preceded by Ann and Maurice and followed by Josie. 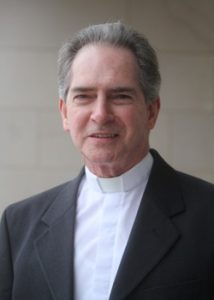 The Bishop received his primary school education at the St Francis Xavier Parish Primary School in Carrington which was conducted by the Sisters of St Joseph and his secondary education under the care of the Marist Brothers at their High School in Hamilton until 1965. He then joined the formation program of the Congregation of the Most Holy Redeemer (the Redemptorists) and made his profession at Galong on 11 February 1968. He studied for four years at the Redemptorist seminary in Wendouree in Ballarat, completed his seminary studies at the Yarra Theological Union in Melbourne and was ordained to the priesthood by Bishop John Toohey, Bishop of Maitland, at Waratah in Newcastle on 17 May 1975.

In 1987 the Bishop was appointed superior of the Redemptorist community at Brighton in Melbourne and commenced twenty years of service as editor in the congregation’s publications ministry, Majellan Publications.

He served various terms totalling fifteen years in all as a member of the Provincial Council of the Redemptorist Congregation. He represented the Australian province at the congregation’s general chapter in Brazil in 1991 and, from 2008 until the announcement of his appointment as Bishop of Ballarat, he served as Provincial of the Australian Province of the congregation with overall responsibility for the communities and missions in Australia, New Zealand, the Philippines, Singapore and Malaysia.

Bishop Bird was appointed Eighth Bishop of Ballarat by Pope Benedict XVI on 1 August 2012 and ordained as Bishop on 16 October, 2012.

MOTTO and COAT OF ARMS

The Bishop has taken the motto “Peace be with you”.