It’s time to bring them here 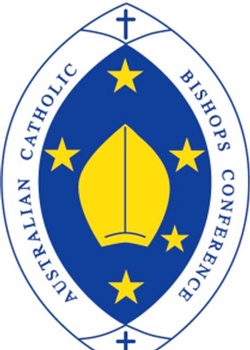 One of the greatest crises of our day is the plight of people forced from their own countries by war, persecution or poverty and forced to live without a home, without safety and often separated from their families.

Pope Francis has called on Catholics to welcome such vulnerable people as our brothers and sisters. In Australia, we do not have to directly meet the responsibilities that many other nations bear. But we do bear the shame of the expulsion and harsh treatment of the people who sought our protection only to be detained on Nauru and Manus Island.

International agencies have been appalled by the conditions under which they live and the effects on their health, spirits and self-respect. Pope Francis, to whom people detained on Manus Island have written, has also expressed his deep concern. The human costs on the detainees are mounting by the day.

The Australian Catholic Bishops also deplore the detention of our brothers and sisters on Nauru and Manus Island. While recognising the effort of the Government to find a solution, we say that enough is enough. We call on the Government to bring offshore detainees to Australia while awaiting further decisions on their future.

We endorse the campaign to ‘Bring Them Here’ to Australia. We pledge the help of our Catholic communities and institutions to welcome and support these refugees when they arrive, including Catholic health, education and social services.

As the Jubilee of Mercy comes to a close, it is time to cultivate the works of mercy and to harvest its fruits as a Church.

The Australian Catholic Bishops are working with the Catholic Alliance for People Seeking Asylum (CAPSA) advisory group, which brings together Catholic peak bodies across education, health, welfare, and the broader church along with key national Catholic organisations.

CAPSA is ready and willing to lead a coordinated approach to support the men, women and children currently on Nauru and Manus Island as they arrive in Australia. Many parishes and local communities are also ready to assist.

Members of the Catholic community who wish to be of assistance, you are invited to contact CAPSA at www.capsa.org.au or info@capsa.org.au.