Christmas at the Heritage Museum

A Children’s Christmas Service was held in the “Holey” Barn – St Joseph’s at the Nullawil Heritage Museum on Sunday, December 4. The last combined children’s church service was held at Nullawil Uniting Church in 2019 and coordinated by Lois Bartram, with assistance from Wendy Watts and Kaylene James. The Christmas and Easter children’s services held at St Joseph’s and the Uniting churches were unable to proceed in 2020 and 2021 due to COVID restrictions. Kaylene had the idea for the day at St Joseph’s “Holey” barn, motivated by a desire to continue the combined children’s services. Kaylene contacted families in the community and was assisted by Wendy Watts in creating a family friendly event.

It was well supported by Nullawil Community members with some travelling from Wycheproof and Culgoa to attend, and some proud grandparents travelling from Donald. It was the first hot day for the season with temperatures in the high 30’s, but after months of rain and floods and with harvest still to be completed, no-one was complaining about the conditions. Teenagers and children enthusiastically participated in all aspects of the service including reading, praying, singing Christmas songs and acting out the nativity story.

People were invited to bring Nativity scenes to add to a display on the altar at the church. There were many and varied Nativity scenes of different styles and sizes and made of different materials. Margaret Pollington had a nativity display nestled within a carved-out Mallee Root made by Margaret Elliot. Fr Gerry Prunty, East Wimmera Parish Priest, called in on his way from Mass in Birchip to Mass in Boort and brought a Nativity from Bethlehem.

After ninety-two faith-filled years, St Joseph’s Catholic Church shut its doors at the end of 2020, coinciding with the departure of Fr Eugene McKinnon. Following its closure, significant items were relocated to the suitably named Holey barn at the Nullawil Heritage Museum. The barn was so named due to the numerous holes in its walls, but has since been lined making it suitable to house the St Joseph’s memorabilia. Many of the relocated items had local significance, with the altar built in Donald and the pews from the Towanninie Church. Other significant items moved to the barn are the Stations of the Cross, the Nativity, the Statue of St Joseph, the Baptismal font and a collection of smaller artifacts which help portray church life.

An offering of $213.65 was taken up for “The Christmas Bowl” appeal to assist people around the world who are experiencing hardship and suffering.

A light luncheon followed the service, made by “The Mallee Bunker Cafe and Pantry” at Culgoa and subsidised by the Buloke Bounce Back Grant.

Christmas Carols at the Winston Church was held on Sunday afternoon following on from the Children’s service in the morning. In days gone by, the annual Winston Christmas celebration was a highlight of the calendar year, heralding the start of the festive season and summer holidays. It was a less extravagant, less materialistic time, with simple pleasures shared with friends, neighbours and community. The Winston Church has never had electricity connected to it, and prior to the event, in an annual ritual, the men would take down the hurricane lanterns from where they had been hanging throughout the year and prepare them for use on the night. The lanterns were not needed for the afternoon event but are still a visible reminder of past celebrations.

In the absence of electricity for fans or air-conditions, the windows were wide open to allow air flow on the hot summer’s afternoon.

Wendy Spry welcomed everyone to the carols service. She recalled some of the highlights of the “caring and sharing” Historical Society over the past year. The facilities at the Heritage Museum continue to improve and grow and with COVID restrictions now eased, they can host tour groups once again. She emphasised that the only way that a small town like Nullawil could have a facility like this is through team work. Volunteers contribute in so many ways from building works to catering to working bees and just being a friendly face when hosting groups.

She also shared some of the things she is looking forward to in 2023, including the Watson family gathering on April 16 after it was cancelled due to flooding in October.

Glenys Rickard (Watson) played the restored Estey Reed Organ, while those in attendance sung along to some of the all-time favourite carols. Brackets of carols were interspersed with quiz questions.

Following the Carols program, guests were invited for afternoon tea in the catering shed compliments of the Buloke Bounce Back Grant. 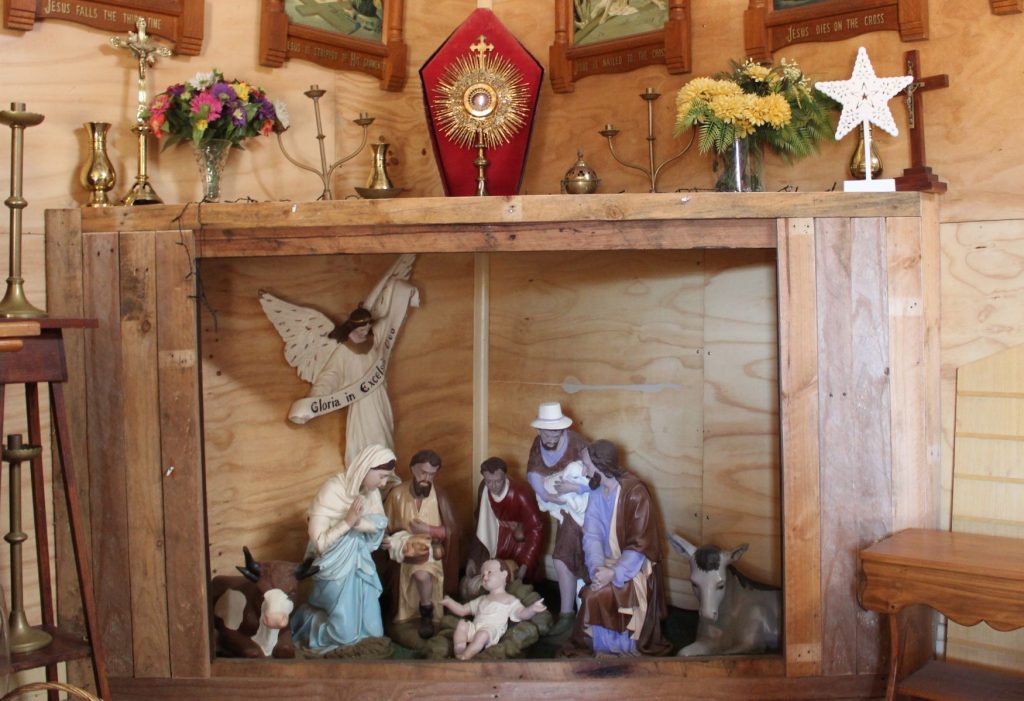 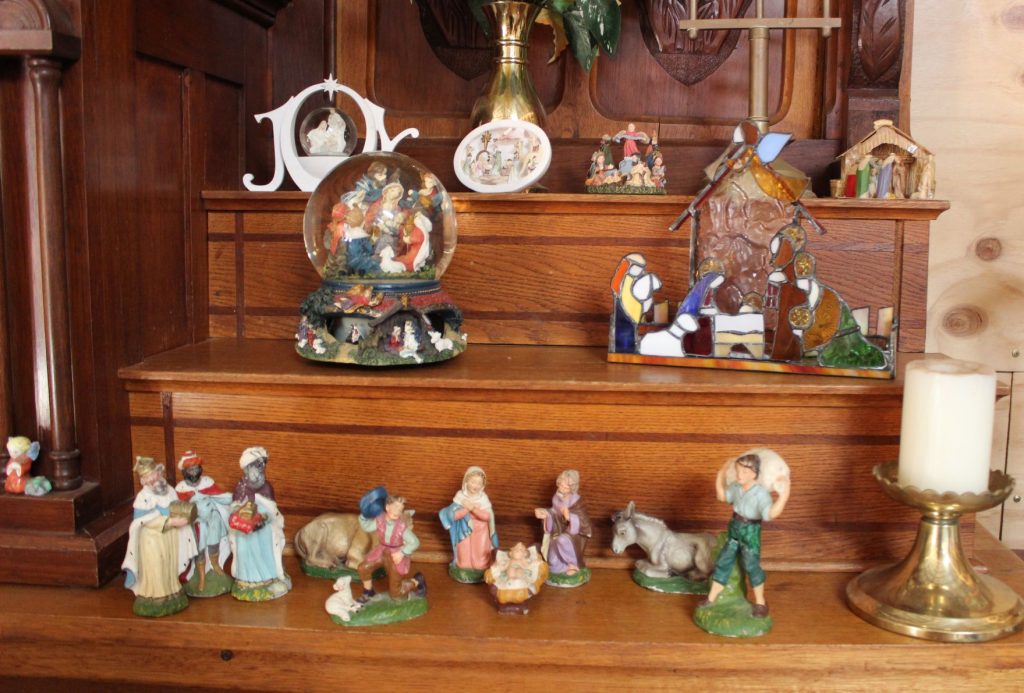 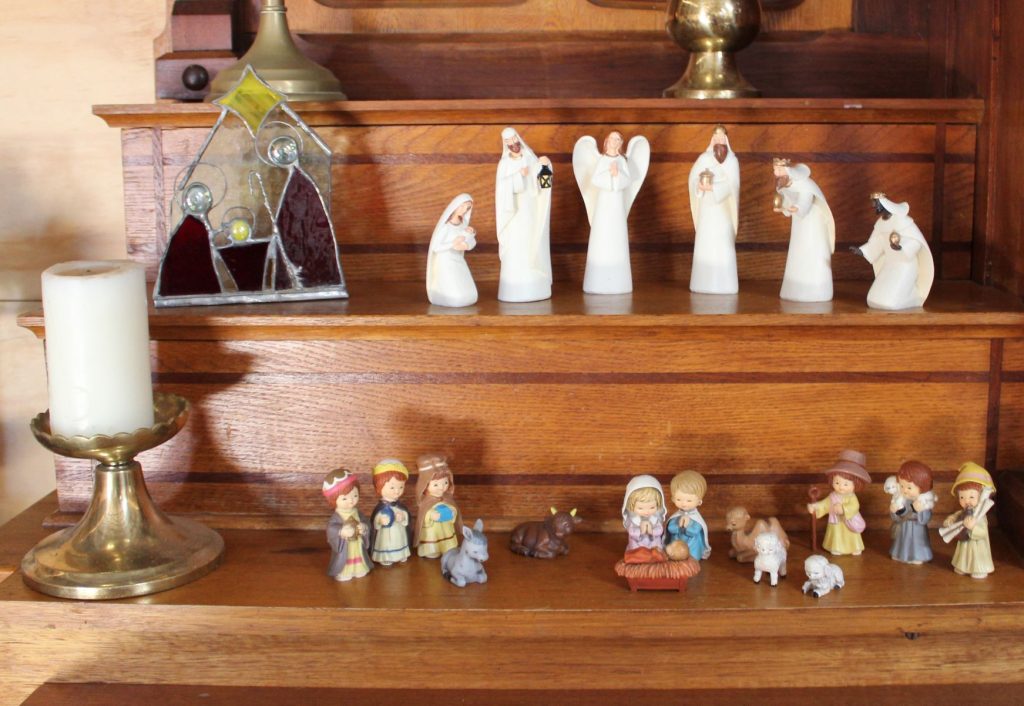 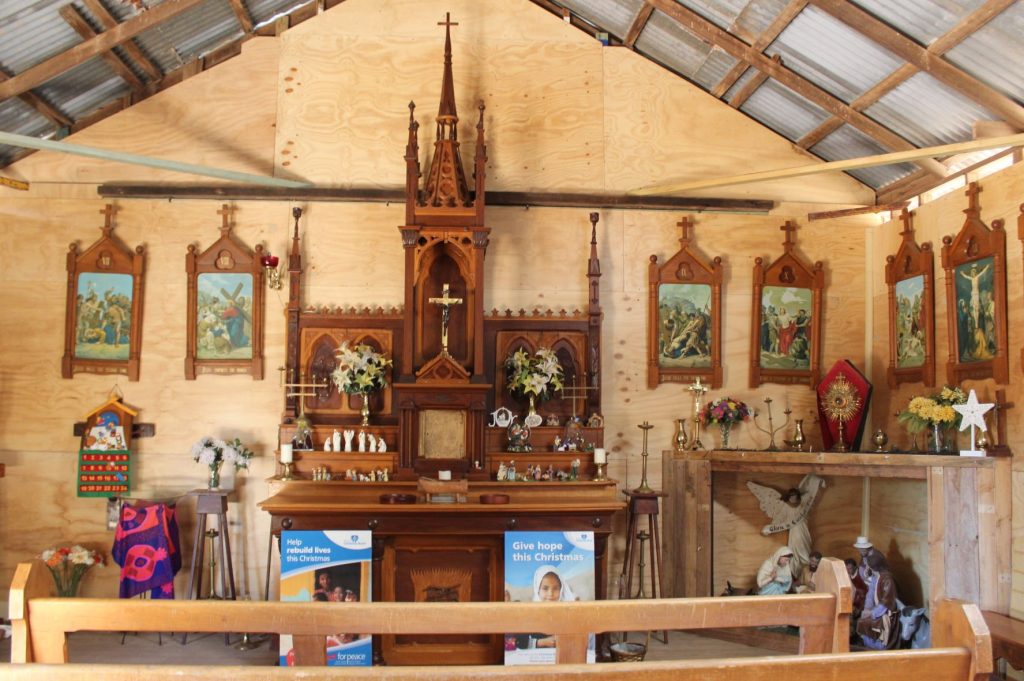 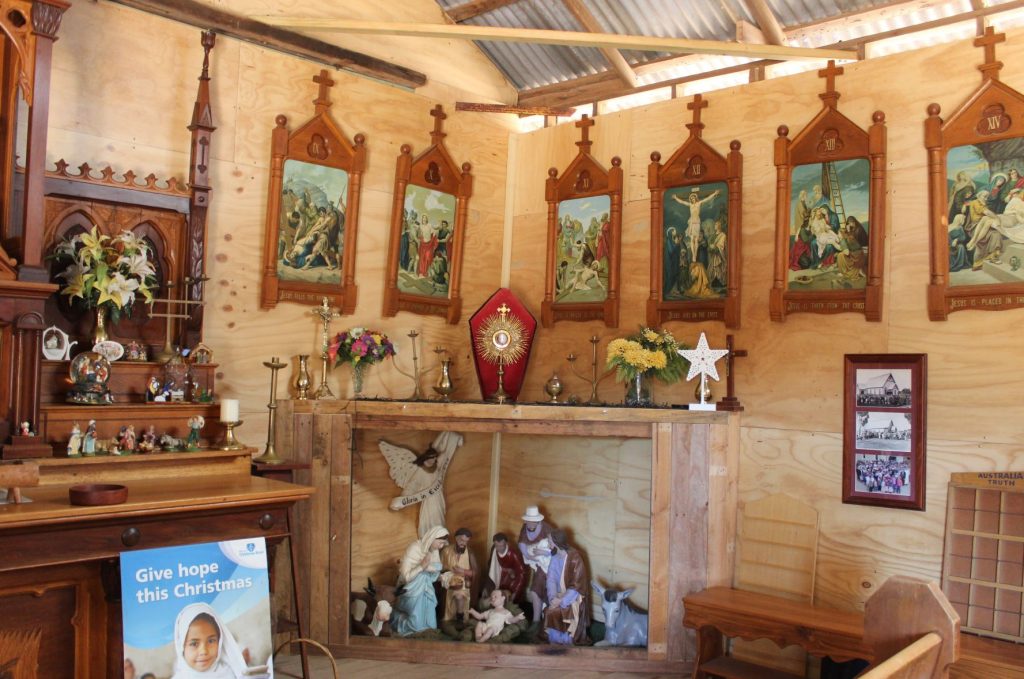 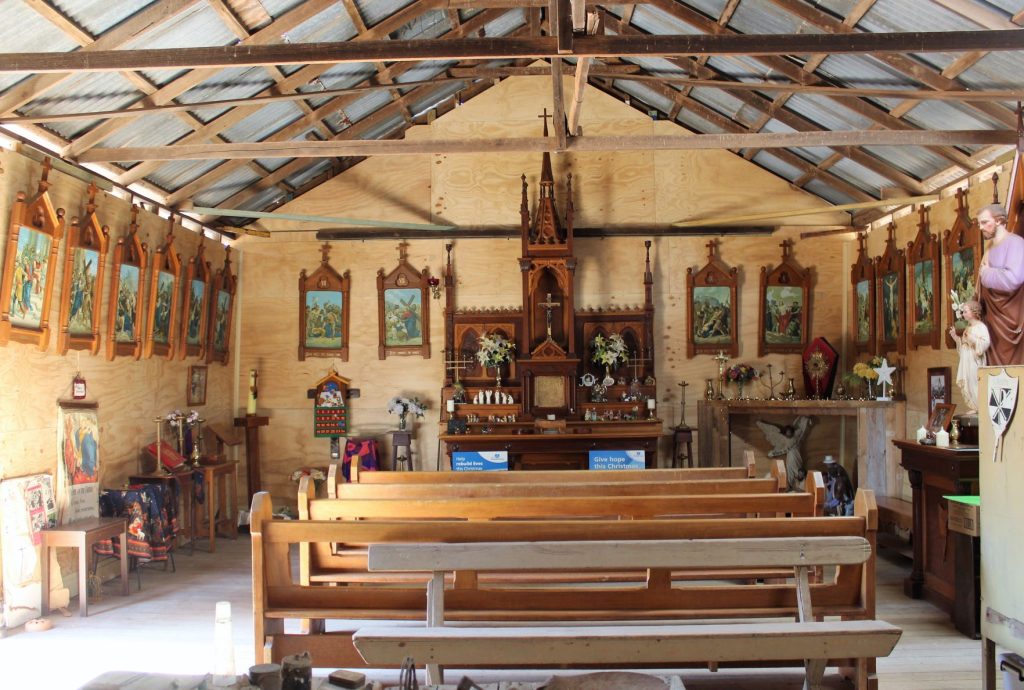 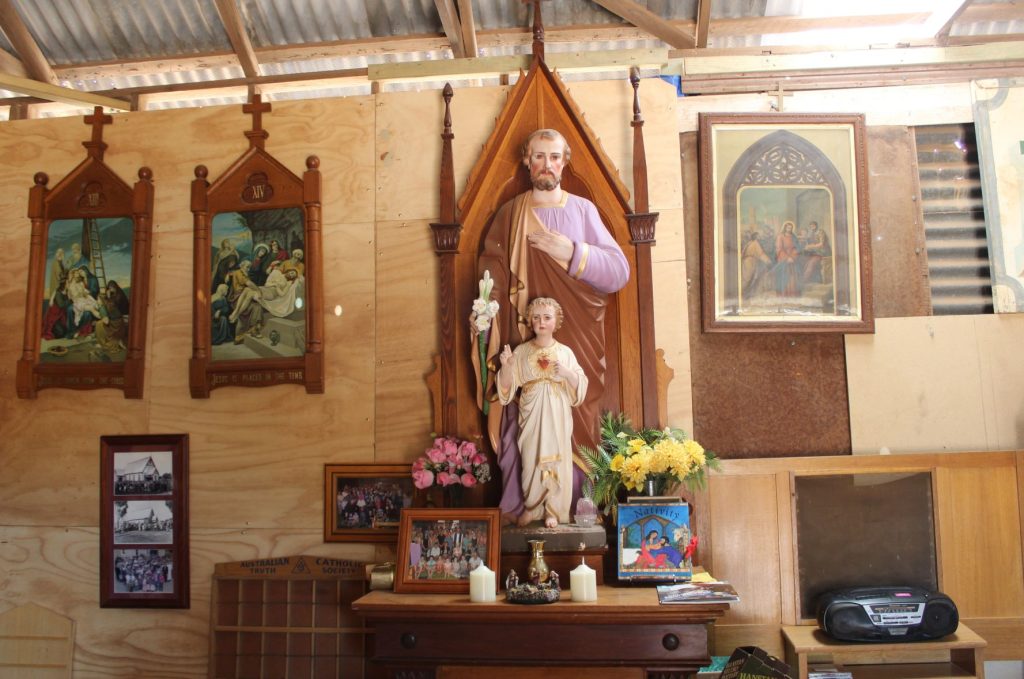 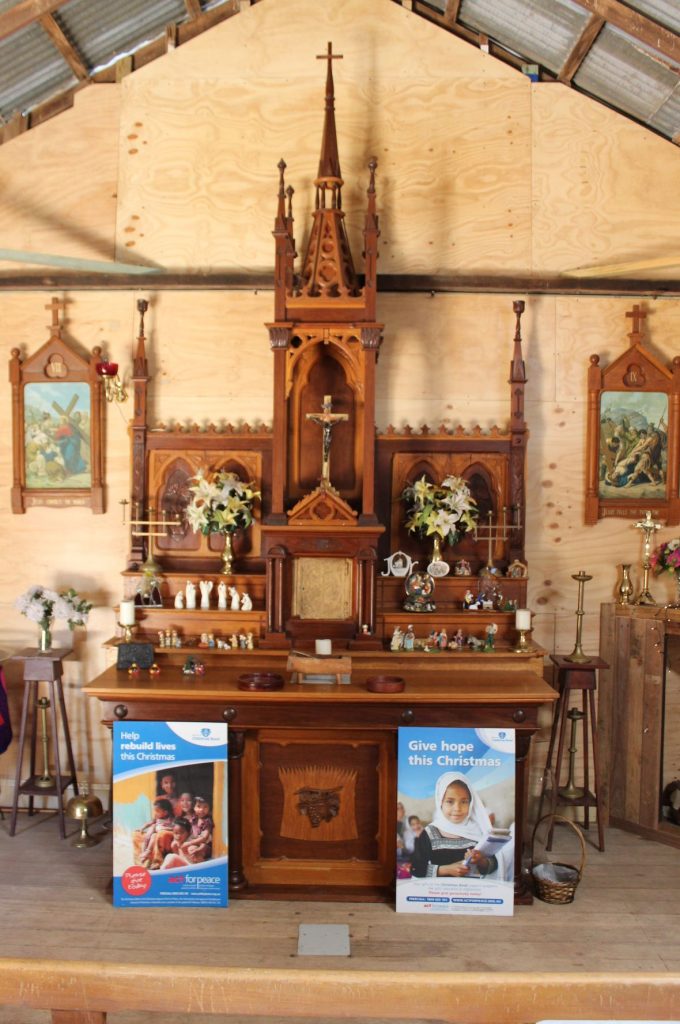 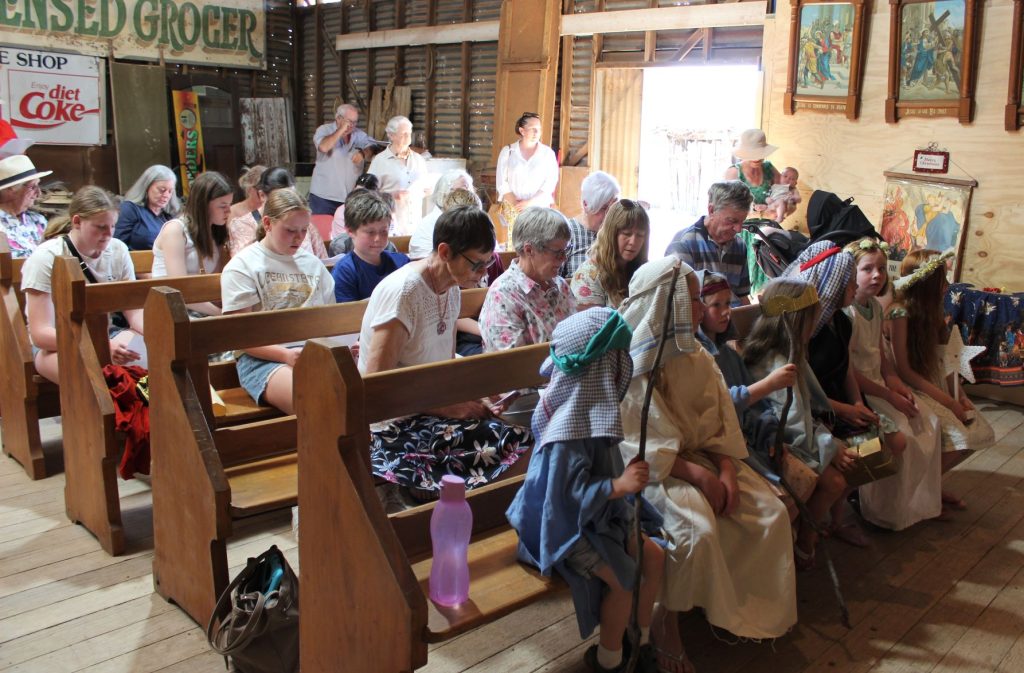 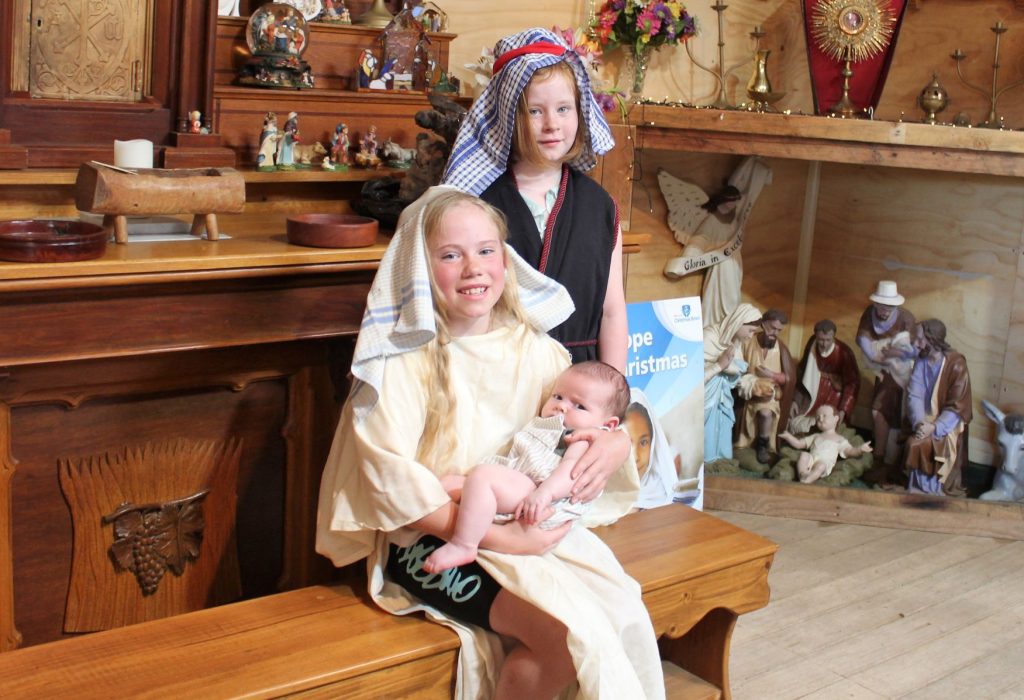 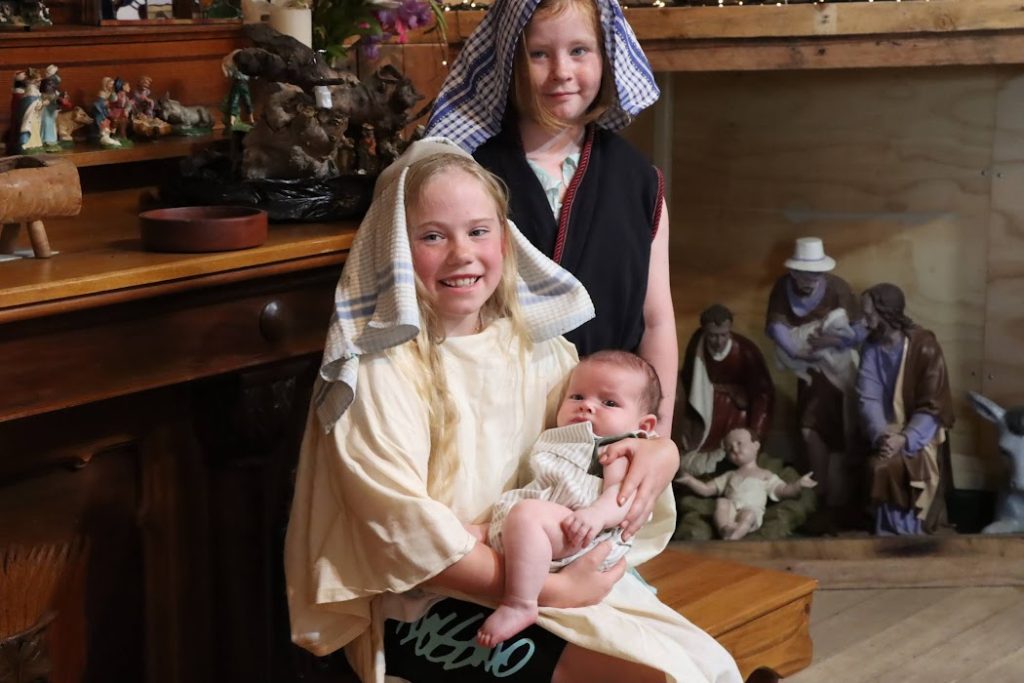 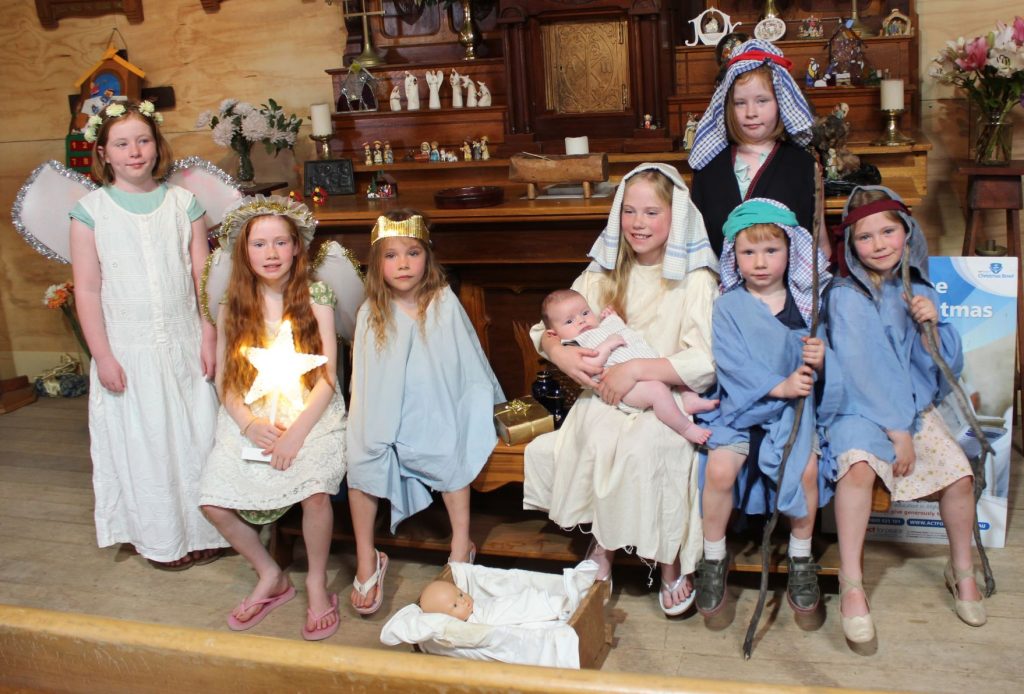 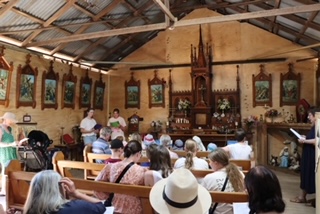 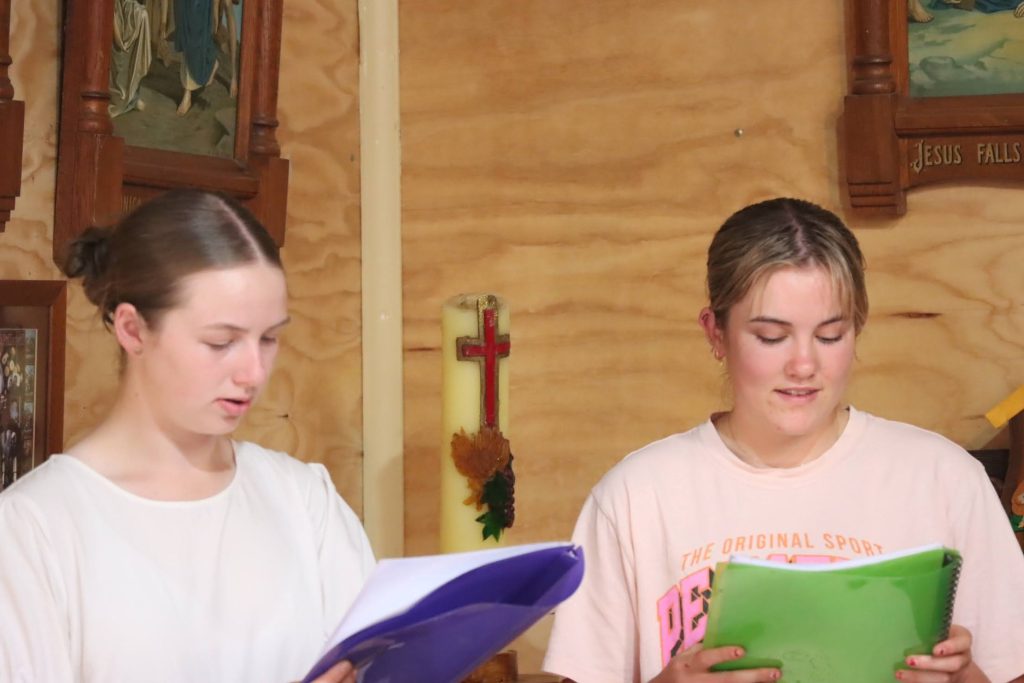 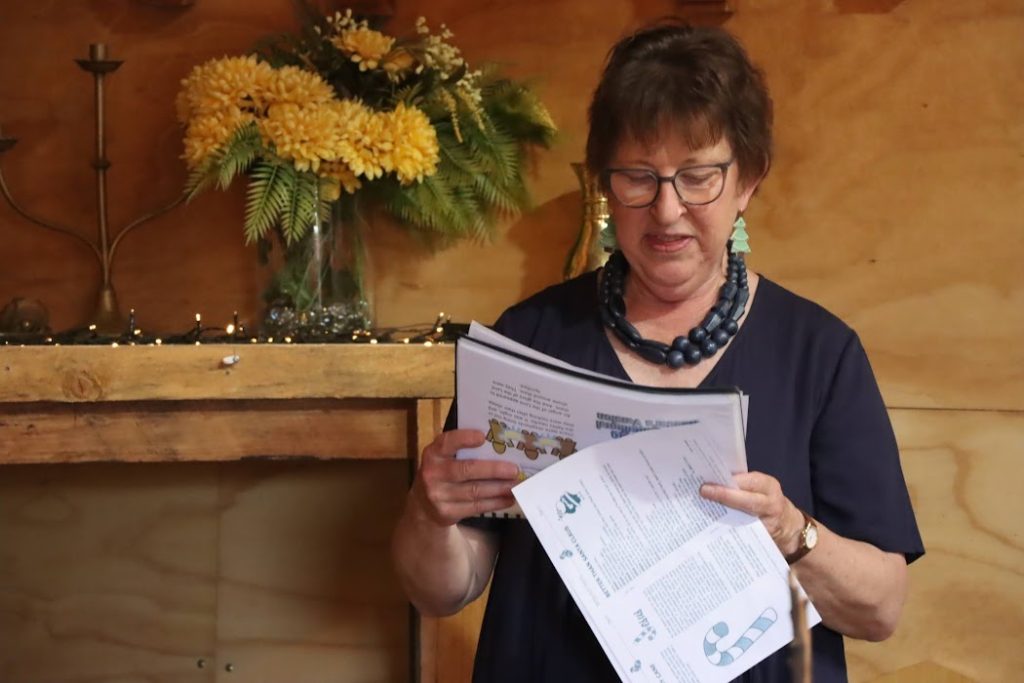 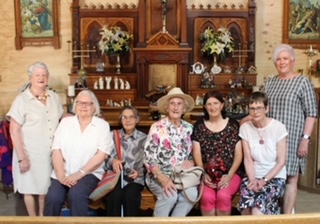 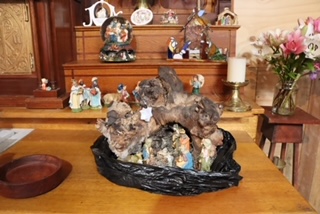 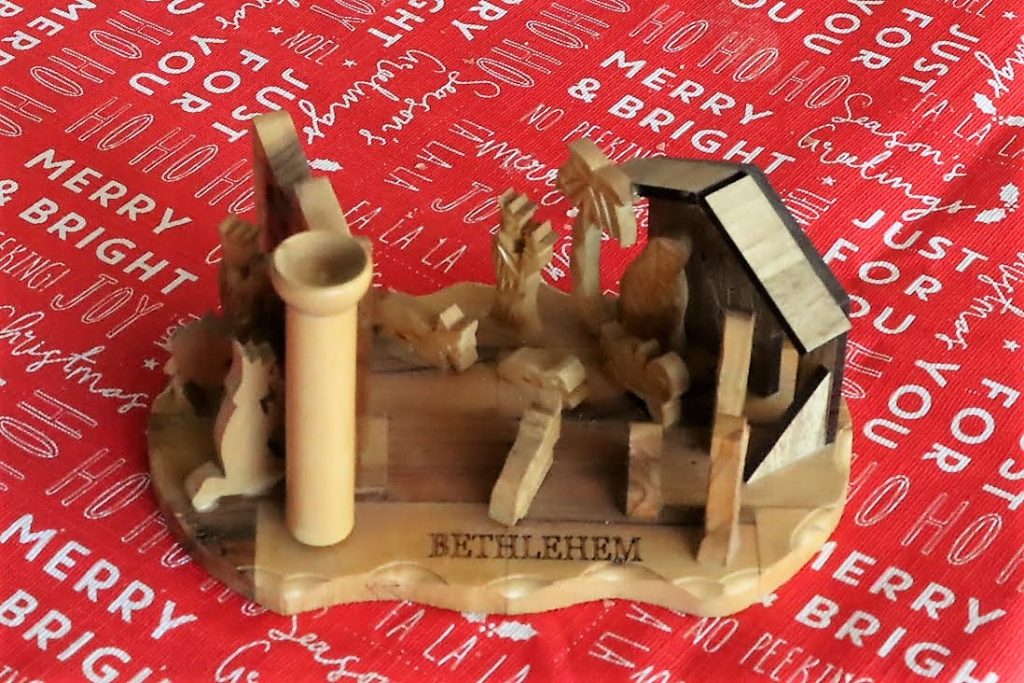 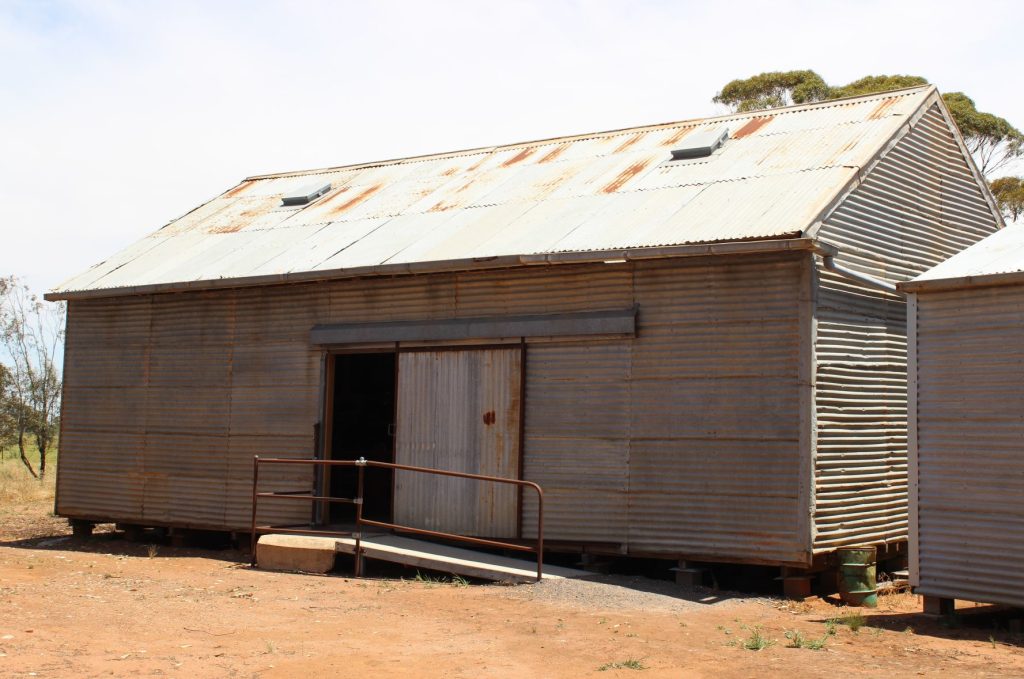 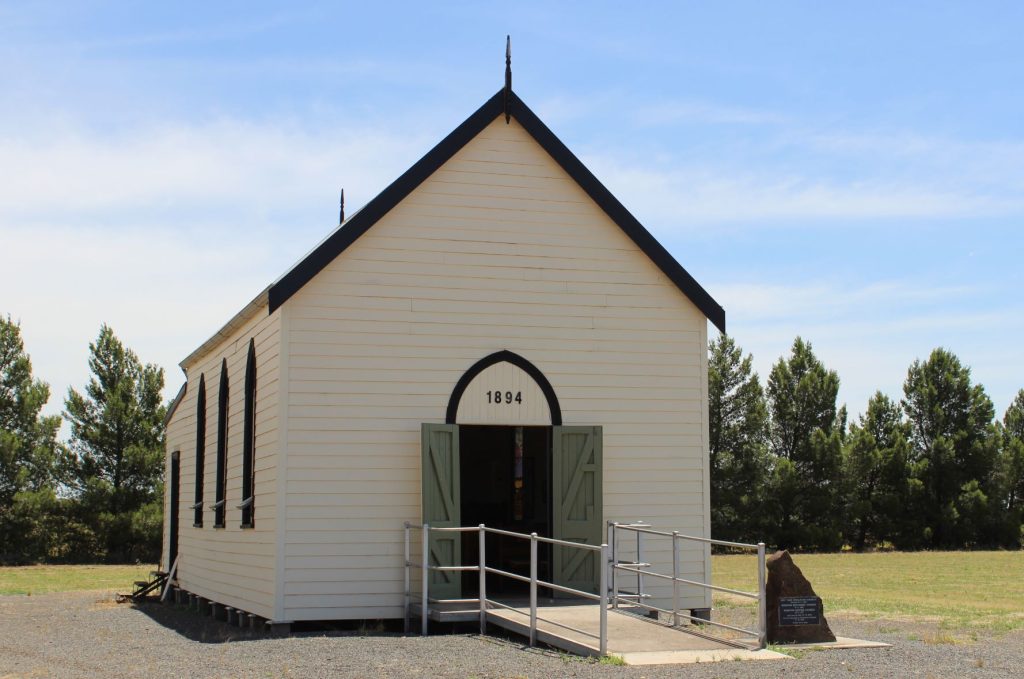 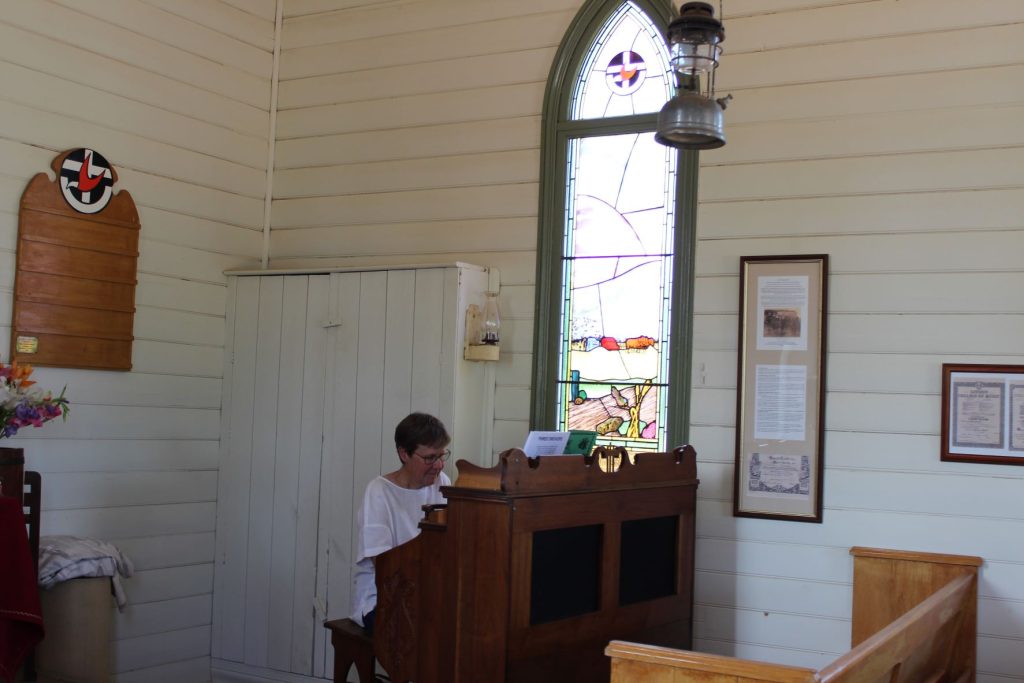 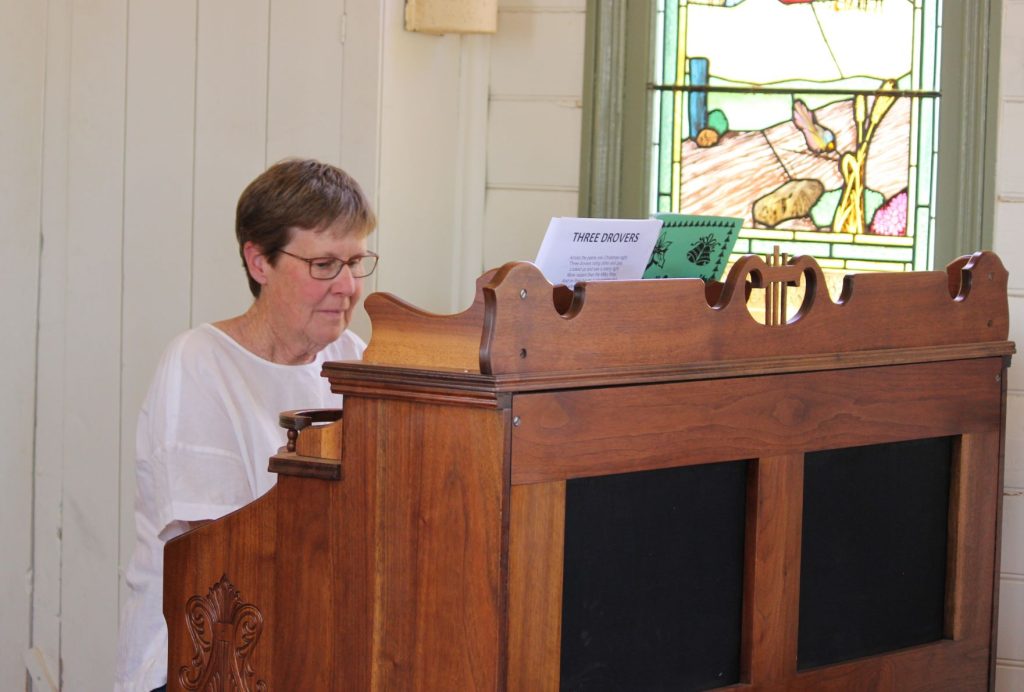 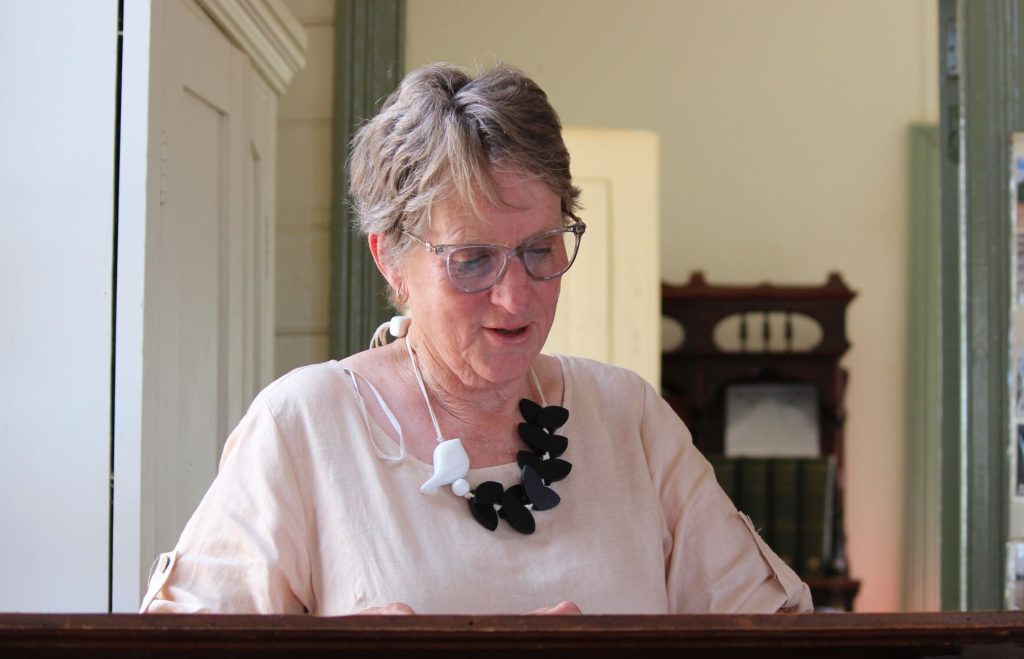 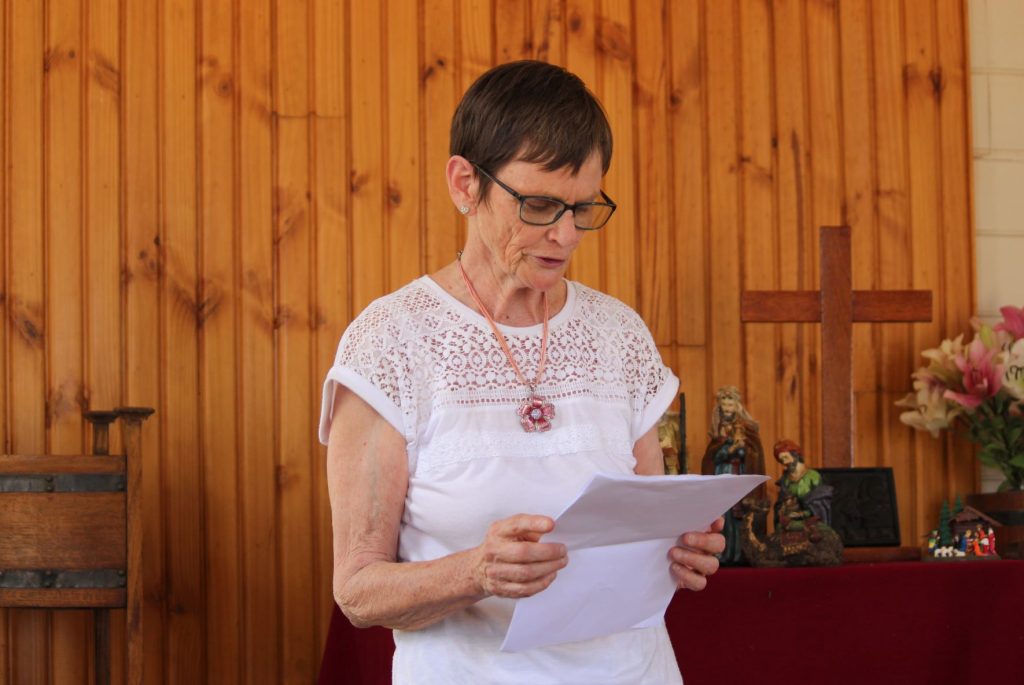 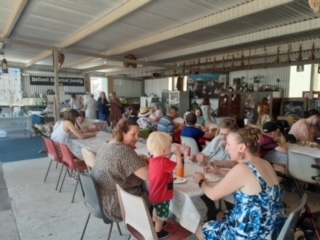 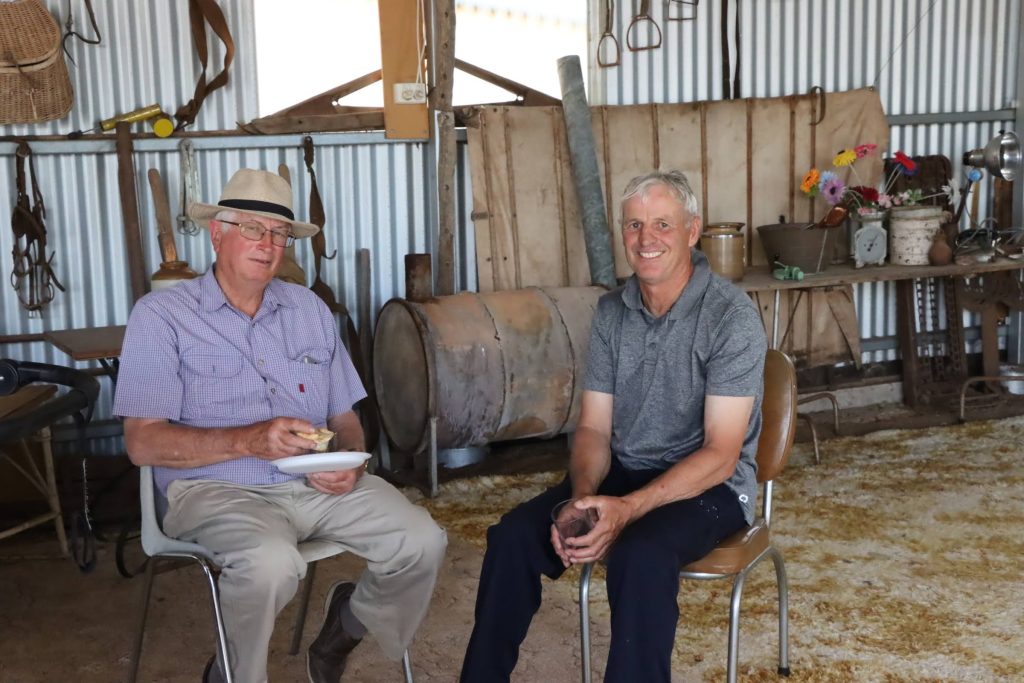 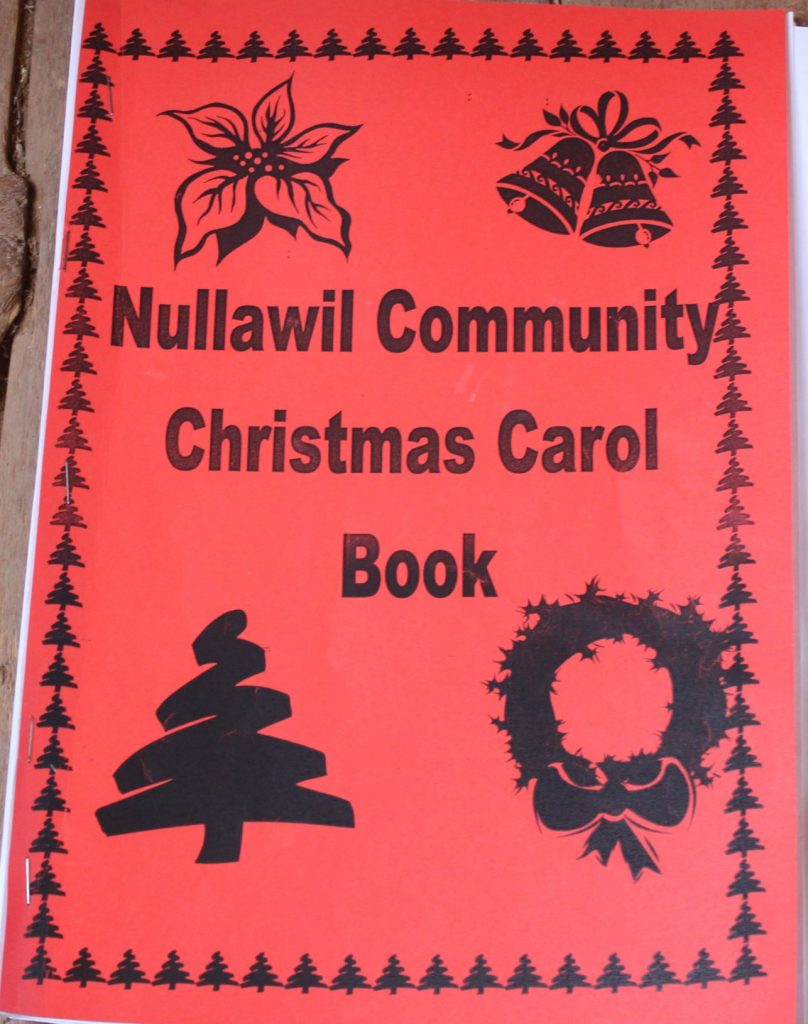 PHOTOS
1.-The Nativity relocated from St Joseph’s to the “Holey” Barn at the Nullawil Heritage Museum
2. A variety of Nativity scenes were brought to display on the altar at the church.
3. Following the closure of St Joseph’s, Nullawil at the end of 2020, significant items were relocated to the suitably named holey barn at the Nullawil Heritage Museum.
4. The Children’s Christmas Service held at the Heritage Museum was well supported by Nullawil Community members with some even travelling from Wycheproof and Culgoa to attend.
5.Ashlei Poyner as Mary and Isabella Pollington as Joseph with Gus Thompson as the baby Jesus.
6. Children acted out the Christmas story. L-R Tory Pollington, Millie Poyner (Angels), Kailey Poyner (Wiseman), Ashlei Poyner (Mary) with Gus Thompson (Baby Jesus), Isabella Pollington (Joseph), Brodey and Jaymee Poyner (Shepherds).
7. Teenagers and children enthusiastically participated in all aspects of the service including reading, praying, singing Christmas songs, and acting out the nativity story. Pictured Verity Rafter and Ella Sheahan reading.
8.Wendy Watts leading
9.Some of the more Senior community members who attended l-r Denise Hogan, Juliya Ambrizas, Lois Bartram, Ursula Walsh, Sue Ince, Joan Smith and Margaret Pollington.
10 Margaret Pollington’s nativity display nestled within a carved-out Mallee Root made by Margaret Elliot.
11. Fr Gerry Prunty, East Wimmera Parish Priest brought a Nativity from Bethlehem.
12. The “Holey” Barn at the Nullawil Heritage Museum which houses items of significance from the St Joseph’s Catholic church.
13. The “Christmas Carols at the Winston Church” event was held recently at the Nullawil Heritage Museum.
14.Glenys Rickard (Watson) played the restored Estey Reed Organ, while those in attendance sung along to some of the all-time favourite carols.
15.Wendy Spry was leader for “Christmas Carols at the Winston Church”
15. Joan Smith recited a poem “Eddi’s Service” by Rudyard Kipling.
16. Lex Spry and Tony Bartram catching up following the service
17. A light luncheon in the catering shed followed the service, made by “The Mallee Bunker Cafe and Pantry” at Culgoa and subsidised by the Buloke Bounce Back Grant.