Shining a spotlight on mental health at the 2022 MENtal Brekky 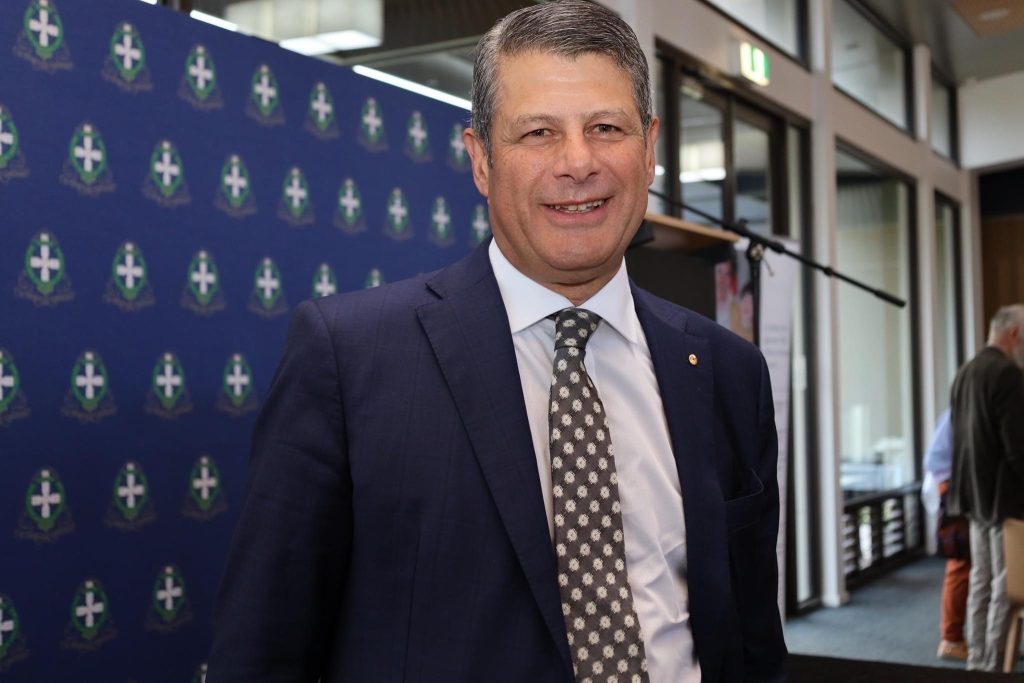 A large crowd turned out recently for the 2022 MENtal Brekky, which aims to shine the spotlight on mental health.  St Patrick’s College Ballarat, in association with the Chris Yeung Fund, recently hosted the Brekky at the Ballarat Golf Club.

This year, the College were honoured to have former Victorian Premier and Old Collegian Steve Bracks AC (SPC 1968-71) as guest speaker of the event at the Ballarat Golf Club with Steve Moneghetti as emcee.

After a two-year hiatus due to the COVID pandemic, it was wonderful to see so many people come out and support this event and help raise crucial funds for the CYF to continue their work.

You can still make a donation to the Chris Yeung Fund by contacting the College’s Alumni and Foundation Officer Lorrie Liston by phone on 5322 4442 or lliston@stpats.vic.edu.au

More information on the Chris Yeung Fund can be found here.

No-one spoke about mental health when Steve Bracks was at school, nothing other than the odd whisper someone’s mother had a nervous breakdown.  Much has changed in Ballarat since Mr Bracks earned his High School Certificate – he celebrated his 50-year reunion at St Patrick’s College on October 22 – but mental health was a key issue he hoped to bring to the fore.

Amid some political duties and personal catch-ups while in town, Mr Bracks addressed St Patrick’s alumni and the broader community on men’s mental health and the practical work needed to help make a difference. Mr Bracks applauded the Chris Yeung fund, in partnership with the St Patrick’s College Foundation, in financially supporting parents who were unable to work due to mental struggles.

This is in the wake of Mr Bracks leading the Grampians Health’s Ballarat Base Hospital community consultative committee for the $564.1 million redevelopment in which he assured mental health would play a “significant part” of overhaul.  “[Mental ill-health] was hidden when I went to school or even the first twenty years of my working life really,” Mr Bracks said. “It was always swept under the carpet and not talked about. That was part of the problem really. We’ve got to get over that and start talking about what’s happening. Identify people who are under stress and pressure and work with them, communicate with them and make sure we say what’s happening.”

Family and mental ill-health was a big factor in Mr Bracks’ decision to resign as premier and quit politics in 2007. In the weeks earlier, his eldest son Nick who was then aged 20, crashed the family car almost killing himself and his best friend.  “Nick had quietly battled anxiety and depression for years, self-medicating with alcohol. The car accident was a turning point for Nick,” Mr Bracks said. “He sought counselling for his mental health issues. He has transformed from a kid who couldn’t look a stranger in the eye, or talk to a uni seminar or five people to now an international advocate for mental health doing TED Talks. Go figure.  “His latest TED talk is on a suicide epidemic where he shares his own personal battle…he uses this to highlight how disconnected we have become despite being more connected than ever through technology, and how we need to stop putting on facades and show more vulnerability. His core message is that help is out there. And there is always a way to get through even the darkest of times.”

Families “suffered alone in secret and ashamed”, known to be dealing with trauma, heartbreak and a “myriad” of mental health challenges when Mr Bracks was at school. In 1971, the year he finished at St Pat’s, 1738 people in Australia died by suicide and of those 1150 were men. Ballarat’s male suicide rate remains one-third higher than the national average.  There were 3144 confirmed lives lost to suicide in Australia last year, ABS data released last week showed.  Mr Bracks said these were confronting numbers.

On the political landscape, changes were gradually happening, largely driven by recommendations from the Royal Commission into Victoria’s Mental Health System.

Mr Bracks commended St Pat’s MENtal Breakky, in honour of St Pat’s alumnus Chris Yeung who lost his life to suicide seven years ago. He said such an event highlighted the need to talk about men’s mental health.

Two years after Nick Bracks’ car accident, the family was driving home across the West Gate Bridge when Terry Bracks screamed to stop the car. A man was about to jump.  Mr Bracks said his wife calmly talked to the man and touched him, when the man was hysterical, in a move that saved his life. Yars later the man reached out, his life was back on track and he was happy to be alive  Mr Bracks said connections were important.

No matter where his St Patrick’s classmates from 50 years ago now lived, “Ballarat’s always been the great connector for all of us”, Mr Bracks said.  He said this connection meant he would always do what he could to assist and support Ballarat. He was proud in how the city was growing and evolving and the conversations the city was promoting.

From an earlier article in the Ballarat Courier, MENtal Breakky chairman Simon Dwyer said to have a speaker like Mr Bracks offered a much-needed boost to the event’s live return, both in supporting the fund’s work and in raising mental health awareness.

The Chris Yeung Fund supports parents whose mental health diagnosis is preventing them from working. Mr Dwyer said in focusing on parents, this should in turn benefit students.

After a couple of lean fundraising years during the pandemic, Mr Dwyer said funds were “drying up” but the foundation was still supporting about five boys at St Pat’s. Mr Dwyer said this was about a bigger community, and support was not limited to St Pat’s families, because the aim was about breaking barriers to mental health for all.

“The fund is in honour of Chris [Yeung], who completed suicide in 2015 and we want to destigmatise and normalise that as much as possible,” Mr Dwyer said.  “The thing about why we do it is to remind people to think about what they are leaving behind – there are still really good people always left behind asking why.” Mr Dwyer also hoped the breakfast event enticed people to continue re-engaging with the wider community and “get back into life” one year on from pandemic lockdowns.

Articles courtesy of the Ballarat Courier, text by Melanie Whelan. 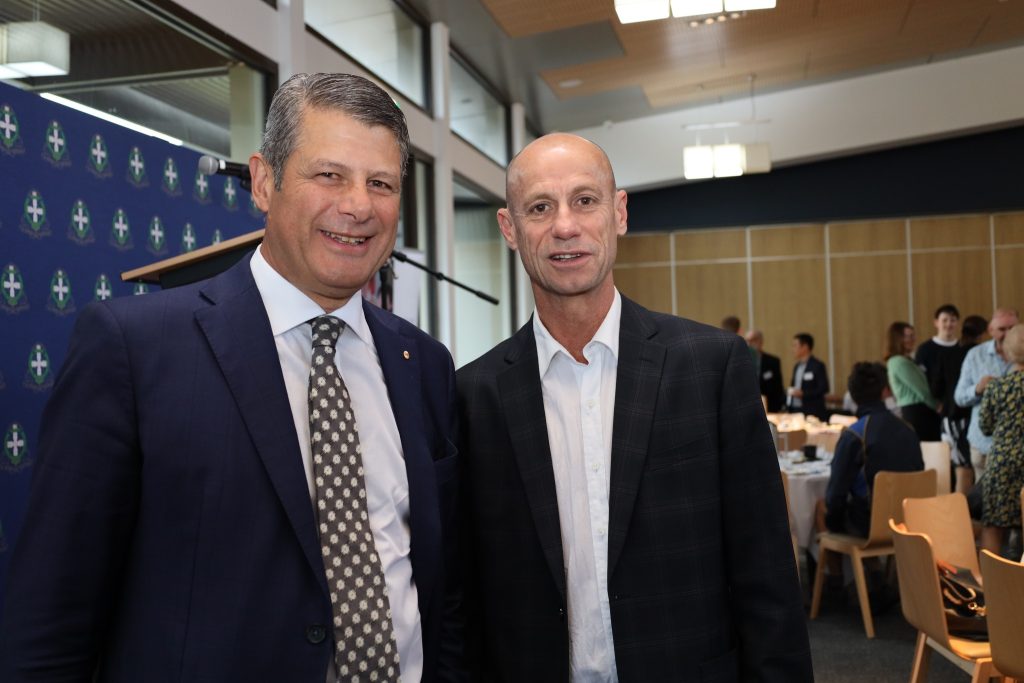 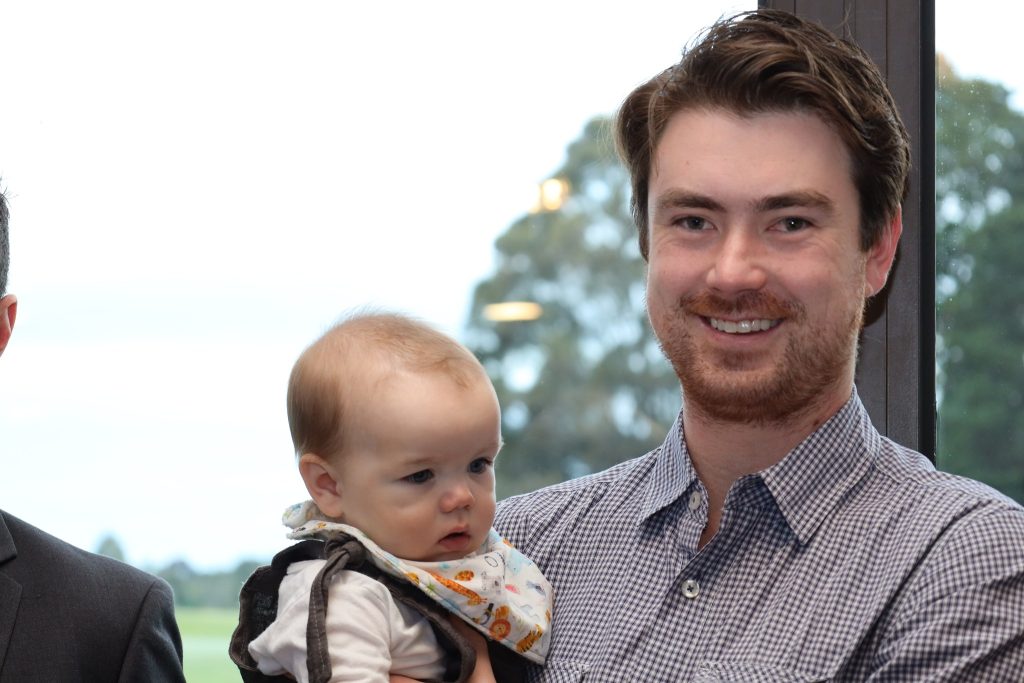 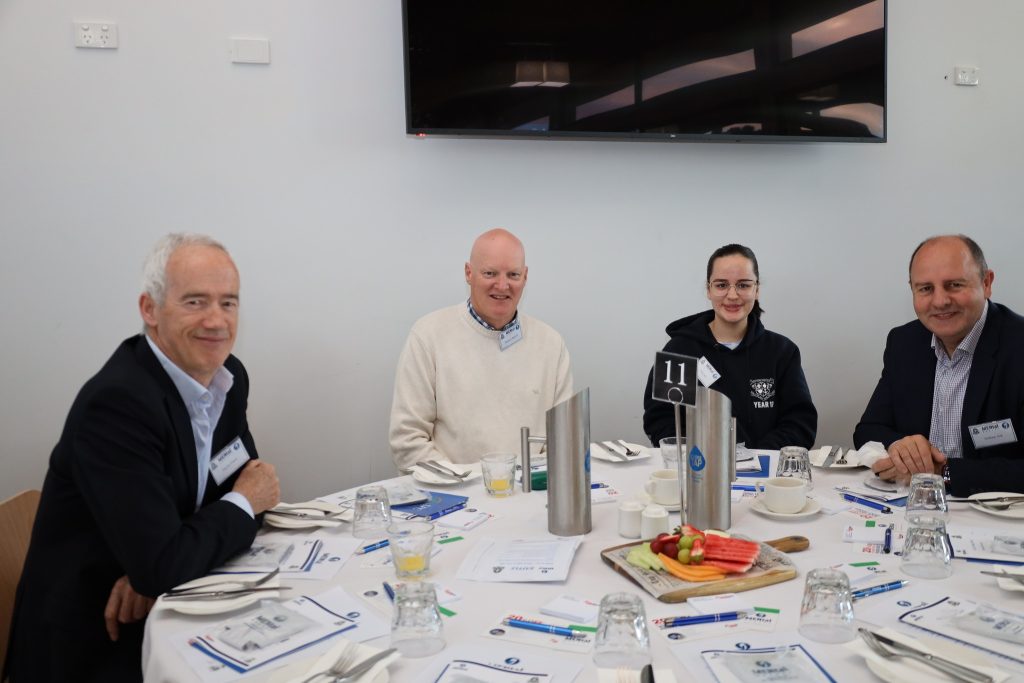 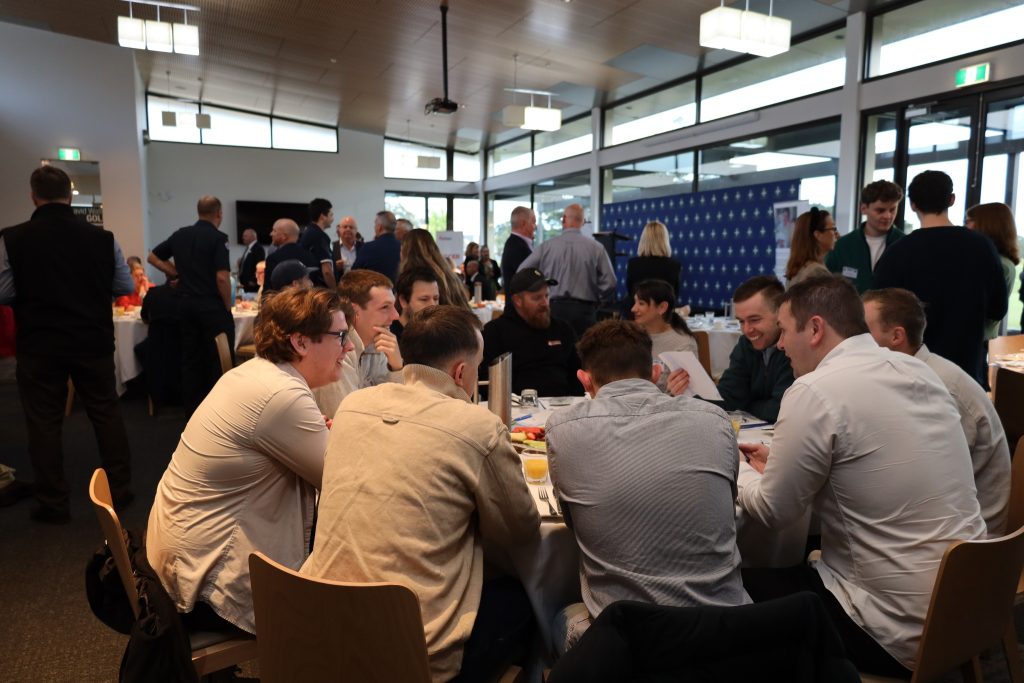 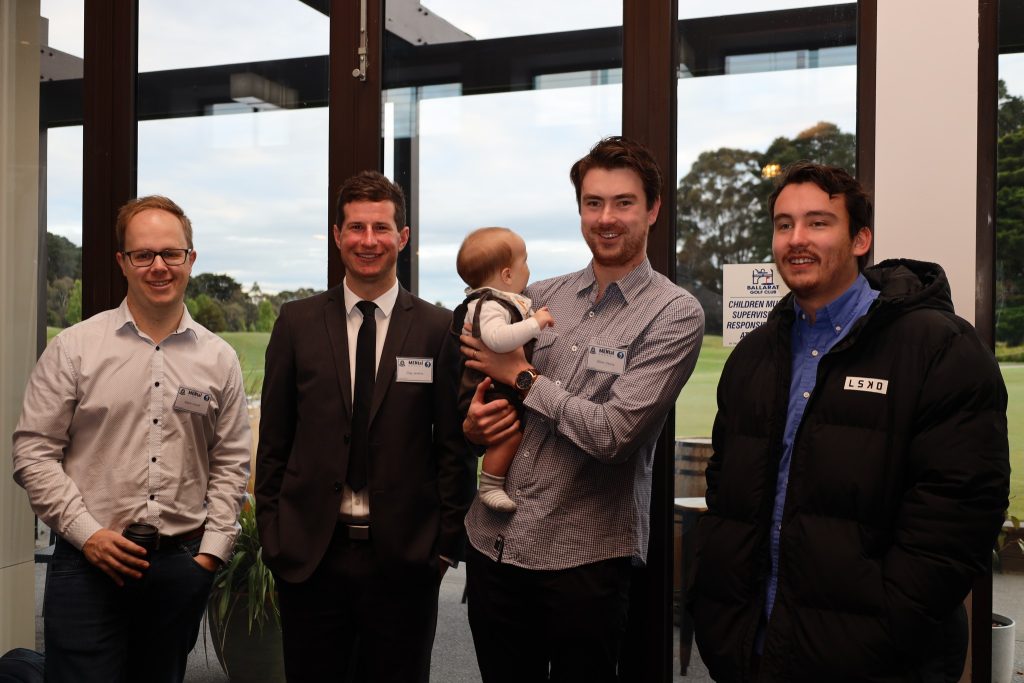 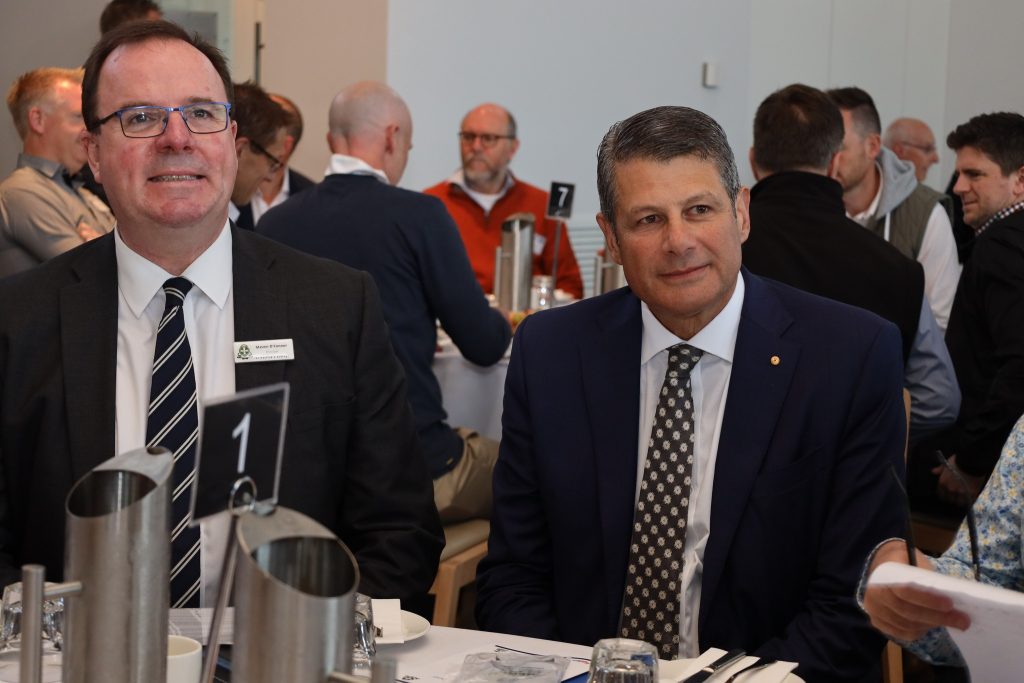 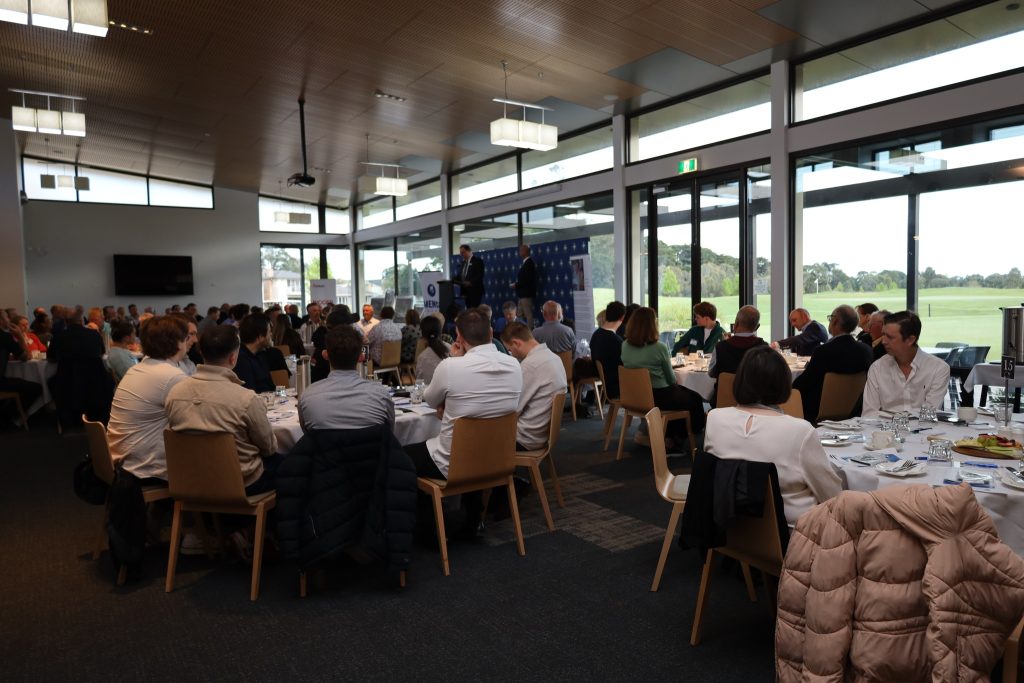 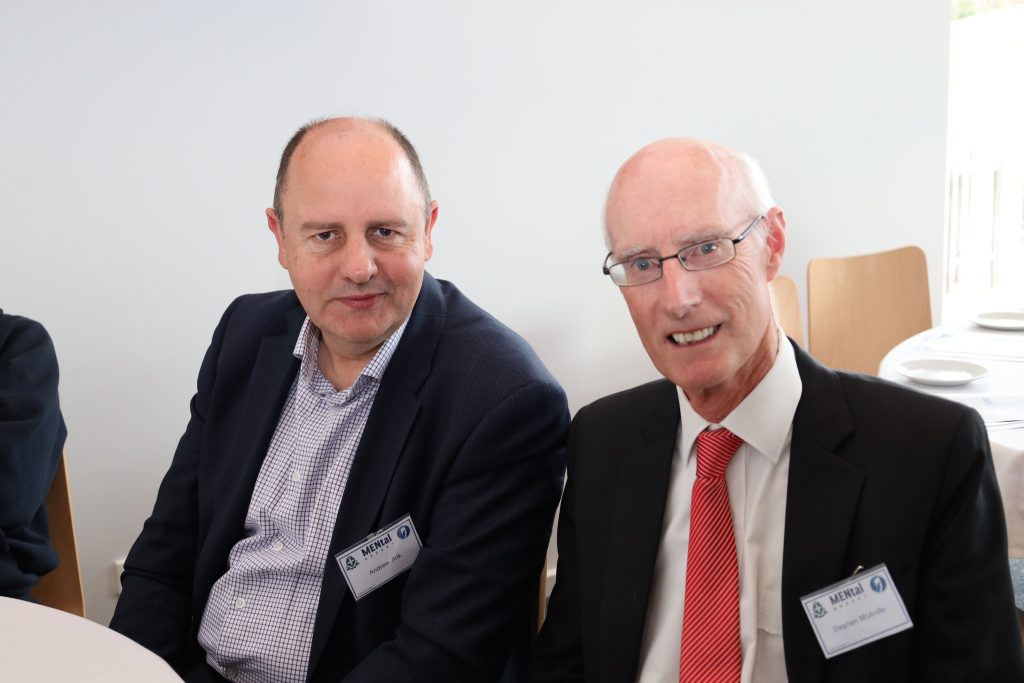 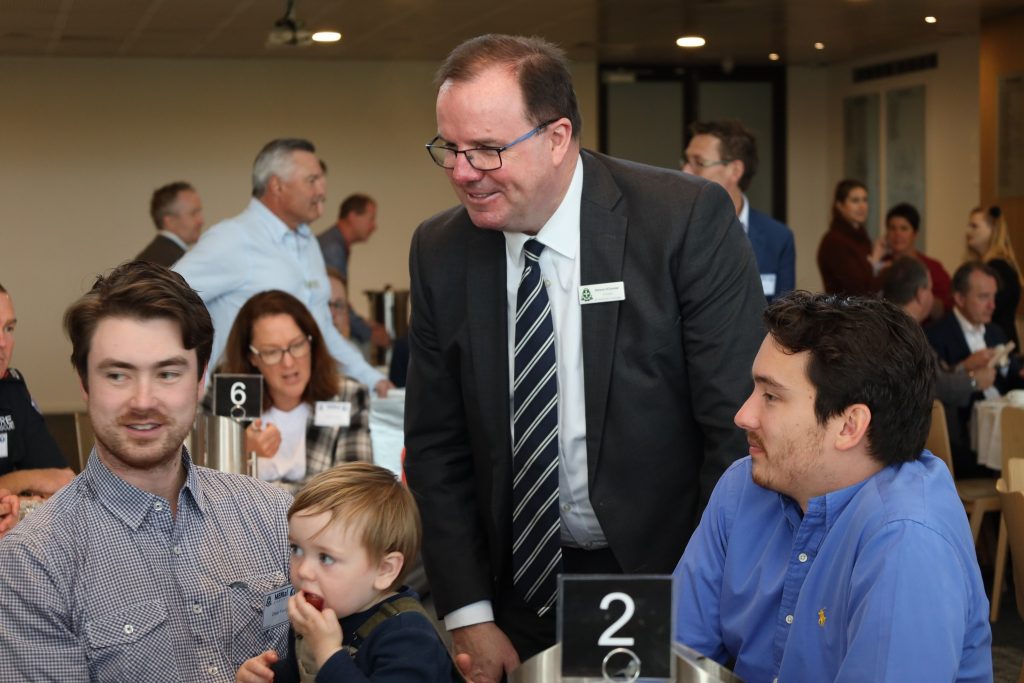 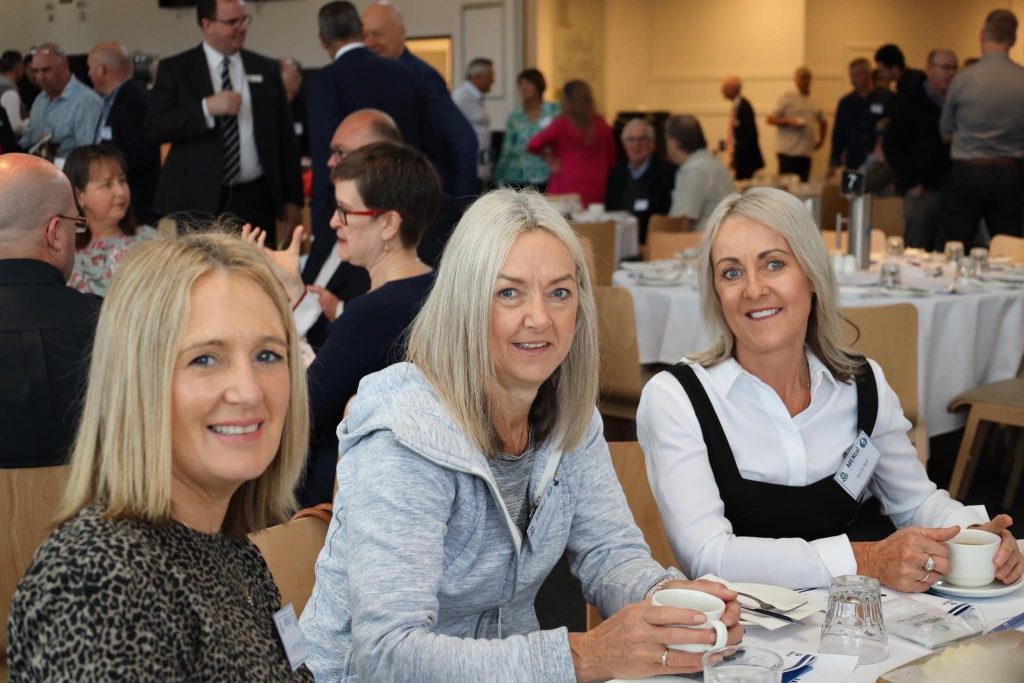 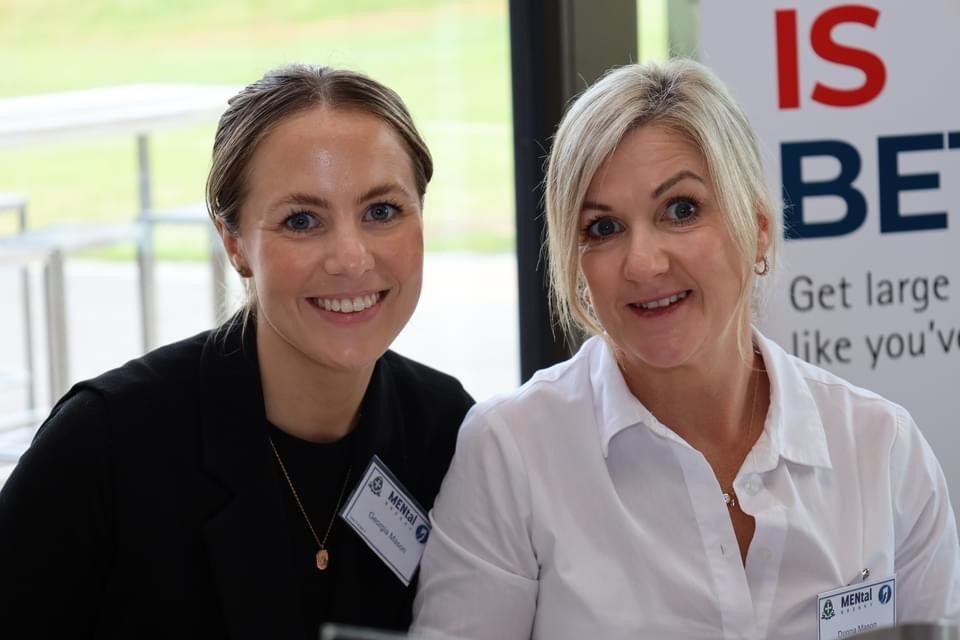