The recent Season of Creation, from September 1 to October 4 (the Feast of St Francis of Assisi), is the annual celebration of prayer and action for the environment, during which we are asked to renew our relationship with the Creator and all creation through celebration, conversion and commitment, and as Pope Francis says, to live simply and sustainably, not to plunder the planet’s resources but to share justly and respectfully. This year it is a time to consider the integral relationship between rest for the Earth and ecological, social and political ways of living and “to restore with justice in mind”(Pope Francis 1st September, 2020).

The theme for 2020 has been “Jubilee for the Earth: New Rhythms, New Hope”.  As many crises have become apparent throughout the world, the prayer is to heal relationships with creation and with each other, a time of restoration and hope and commitment to radically new ways of living with creation.

This has been the message throughout the Season of Creation, from the Catholic Earthcare Convocation, a series of eight webinar sessions across four weeks. The first three Formation sessions featured Bishop Vincent Long, Chairman of the Bishops Commission for Social Justice, Mission and Service, a Franciscan who spoke about his Franciscan eco-spirituality in the light of Pope Francis (the charism of Franciscan religious life is based on the sacred relationship with the natural world), Peter Saunders, an Ignatian spiritual director, who spoke about his experience walking in the bush, as well as Dr Sandie Cornish from the Office of Social Justice and Interfaith perspectives on Caring for Our Common Home from Buddhist, Muslim and Jewish faiths. 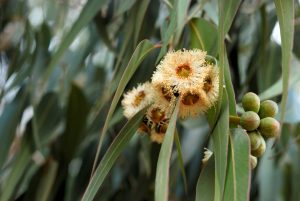 The Convocation then featured three very informative sessions on the world’s financial, economic, investment and political issues that are necessary for our sustainable future. Economist Ross Garnaut, lawyer and ecological advocate Bronwyn Lay, Tim Buckley, Director of Energy Finance Studies, John Ferguson, Office for Social Justice, together with other speakers from Catholic Superannuation and Altius Asset Management, political and financial imperatives were discussed that assists with understanding the very constant news around finance and the environment.

The final sessions were focussed on how we can act to bring about change within families, locally and further. These sessions included inspiring voices from youth representatives. We congratulate Bernard Holland and all at Catholic Earthcare Australia who brought these wonderful presentations together and they can still be accessed online.  In our diocese an online Creation Ignatian Examen included participants from Mildura to Warrnambool and smaller places between.  It was wonderful to connect with people from different regional parishes.

The session that was most affecting, even distressing, was the opportunity to be part of a webinar hosted by the Global Catholic Climate Movement Oceania for Caritas New Zealand, Towards New Horizons: Caritas State of the Environment for Oceania 2020 Report. This was a  presentation by young Caritas workers on climate crisis risks to Oceania regions, with graphic images of damage to coastal villages due to rising sea levels requiring migration to other lands and damage to local fish populations by sea mining.  In a previous webinar, Archbishop Loy Chong of Suva had spoken about the physical and economic damage to rivers and fish populations in Oceania caused by corporate sand mining and to the people who live nearby. Having the opportunity to connect through digital technology with others in our region and wider regarding these social justice issues, has been highlighted during this pandemic time and is hopefully an inspiration for further connection for our parishes.

Webinars:  “A Just Transition for Asia- Pacific and Oceania”

“Prayer Service for the Season of creation”

Pope Francis’ message for the World Day of Prayer for the Care of Creation – September 1, 2020