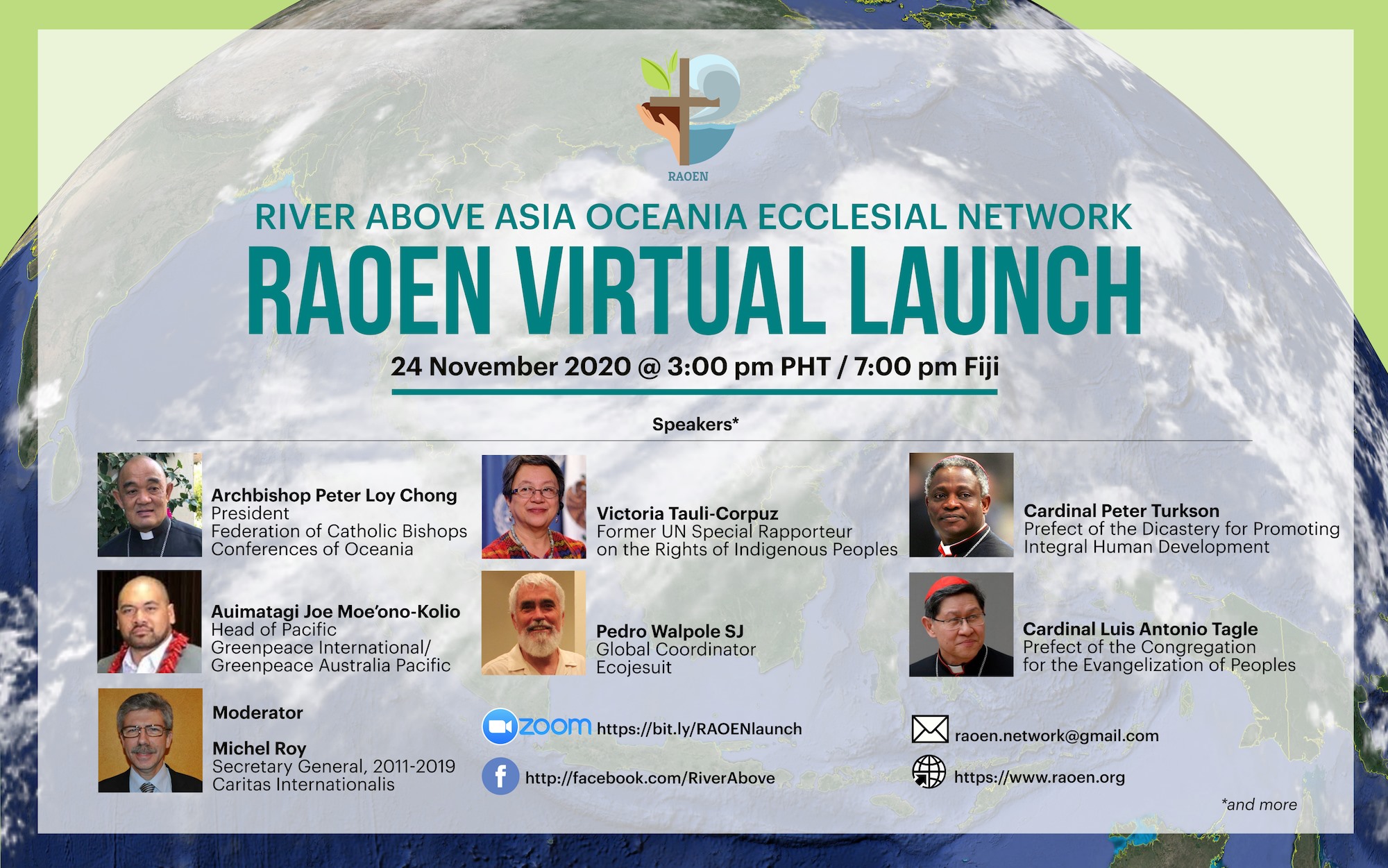 The Virtual launch of the River above Asia Oceania Ecclesial Network (RAOEN) will take place on November 24 at 6pm (Melb time). This is Australia’s region but the impetus for these Global Catholic Climate Network sessions is from  Cheryl Dugan from the Phillipines, which is suffering terribly from flooding from super-typhoons at present.  To register click here and will also be live streamed at this Facebook link.

The Pacific, one-third of the planet’s surface, is the largest climate determinant on Earth. Asia and Oceania share a common image in the ‘River Above’– the Pacific Ocean is the life, the river of Asia feeding all rivers, seasons and lives.

The network proposes four ways by which we can come together as people and as Church:
Dialogue, Discernment, Deeds, Desires.