Ordinations to the Diaconate

Matthew Restall and William Lowry were ordained as Deacons for the Diocese of Ballarat on Friday, December 10, 2021 at St Patrick’s Cathedral.  The Main Celebrant for the Mass was Bishop Paul Bird CSsR and he was joined on the sanctuary by a number of diocesan and visiting clergy to celebrate this occasion, along with many fellow seminarians of the ordinands.

Family and friends of Matt and Bill were also in attendance to participate in this Mass and to support them on this important step towards their Ordination to the Priesthood, which will be celebrated in 2022.

Sr Carmel Setford rsm began the Mass with an Acknowledgement of Country.  The choir and musicians led the music beautifully during the Mass, inviting all to participate in song.  The Liturgy of the Word followed, with Tanya Kehoe proclaiming the First Reading and Deacon Jackson Saunders (Diocese of Sandhurst) proclaiming the Gospel.

During the Rite of Ordination, the candidates were Called and Presented by Fr Denis Stanley, Rector of Corpus Christi College, to Bishop Paul for Ordination as Deacons.  Then followed the Election by the Bishop and Consent of the People, Bishop Paul’s Homily, the Commitment to Celibacy, Examination of the Candidates,  Promise of Obedience, Litany of the Saints, Laying on of Hands and Prayer of Consecration.  For the the Investiture with the Stole and Dalmatic, Matt was vested by Fr Frank Buhagiar and Bill was vested by Deacon Jackson Saunders.  Both were then presented with the Book of the Gospels and a Kiss of Peace from Bishop Paul and other deacons in attendance.

During the Liturgy of the Eucharist, the gifts were bought forward by Matt and Bill’s parents  – Phyllis & Emidio Restall and Tracey & Grant Lowry.  Towards the end of the Mass, Bill offered these words of thanks on behalf of Matt and himself.  Following Mass, supper was provided at Patrick’s Hall.

A copy of Bishop Paul’s Homily from the Mass can be read here.

A copy of the Mass Booklet is available here.

Matt’s Reflection on the Mass

On Friday, December 10, William Lowry and I were ordained to the Order of Deacon. For myself, it was something which I had been looking forward to with much anticipation since I joined the Seminary some six years earlier. When the days and weeks leading up to the Ordination arrived however, I found there was little nerves or anxiety, but rather a peace and calmness which surrounded the upcoming covenant which was being formed.

Part of the calmness can be attributed to certain key people who assisted in preparing the liturgy and the subsequent celebrations – these people eliminated the cause for needless stress. However, I attribute the main cause for the calmness and peace to the grace received from God for listening to and responding to His will in my life. 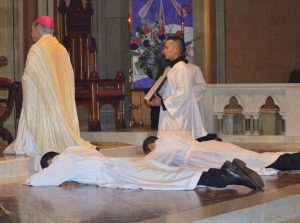 As the Ordination Mass progressed and I found myself lying prostrate at the front of the Sanctuary, I couldn’t help but feel humbled as I considered several facts. Firstly, I’d been chosen by God to announce His Gospel with the whole of my life. What a privilege that He would choose me in my unworthiness and my limited means to do such an important task as proclaim the Good News for the people of the Diocese of Ballarat. Secondly, as the Litany of the Saints was being recited, to think that all these Holy Men and Women, Saints of God were interceding for me, I felt confident that whatever good I may do in the future, it won’t be by my own effort alone, but rather through the grace of God and the intercession of the saints. Thirdly, I felt humbled as I lay there to know that there were a few hundred fellow Catholics behind me, praying for me and choosing me to serve the Church community within the Cathedral in which I lay.

The following day, I began my appointment in Maryborough Parish. Since arriving, I have not stopped. It has been wonderful to meet so many good people who are striving to live out God’s calling for them in their own life – even amongst the challenges and disappointments, the sadness and the sorrows which invariably arise. I look forward to walking with this People of God as I continue my studies, that together we may respond to Jesus’ invocation: “As the Father has loved me, so have I loved you. Now remain in my love” (Jn. 15:9). 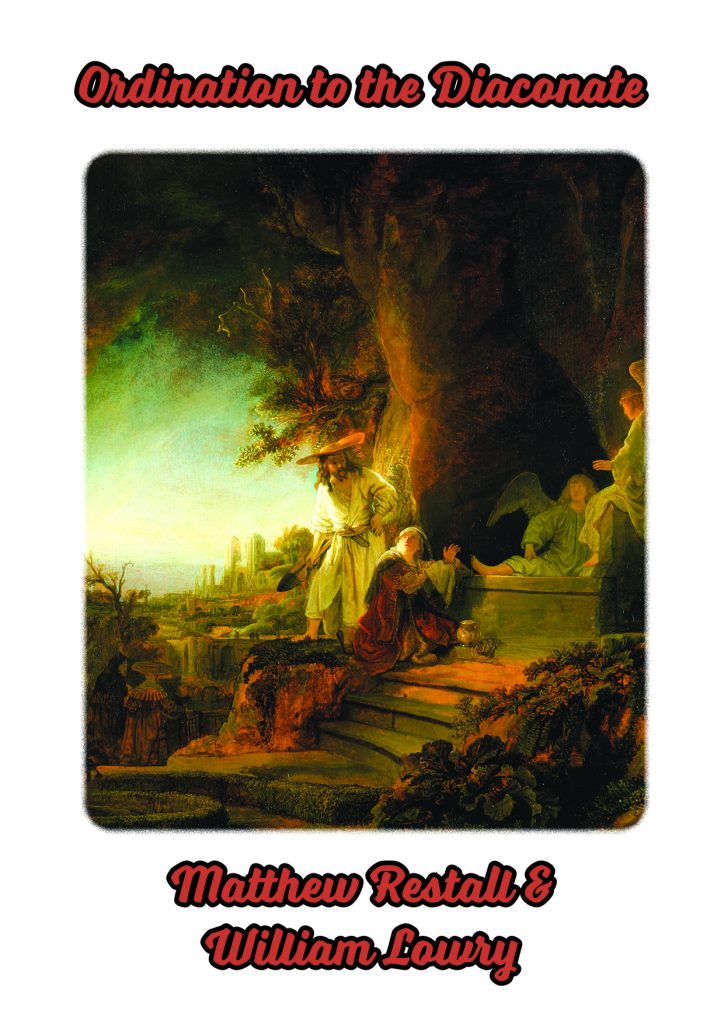 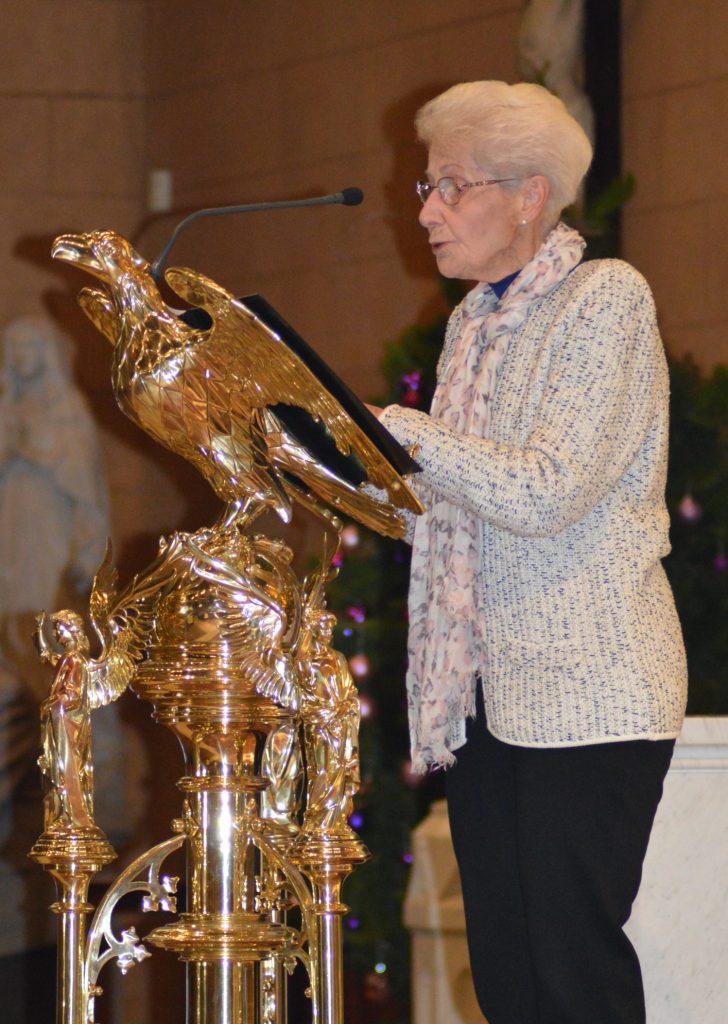 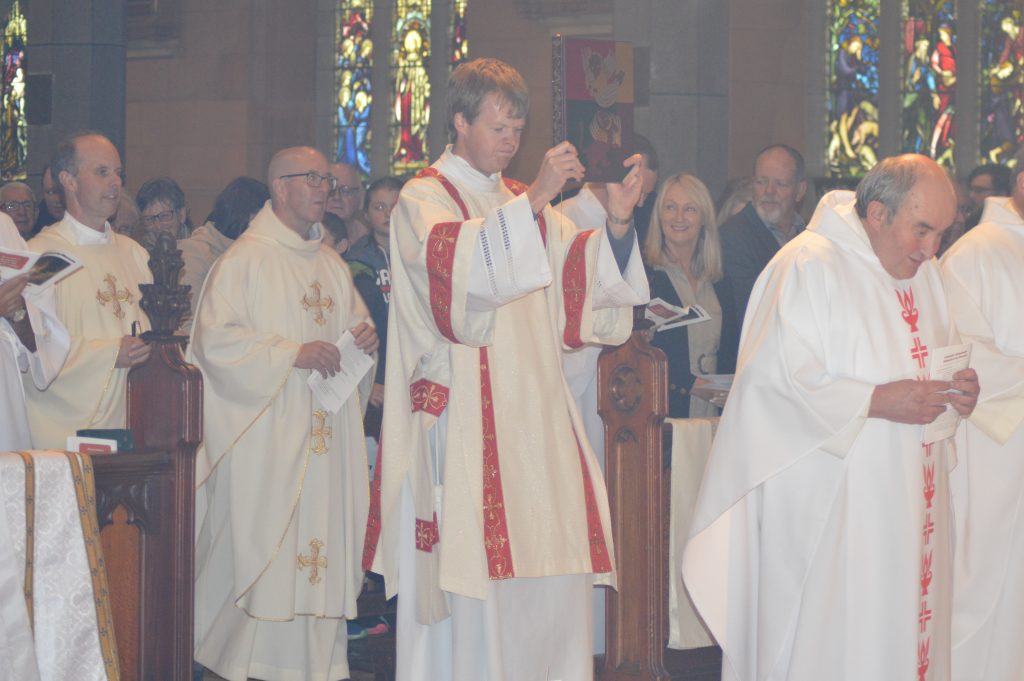 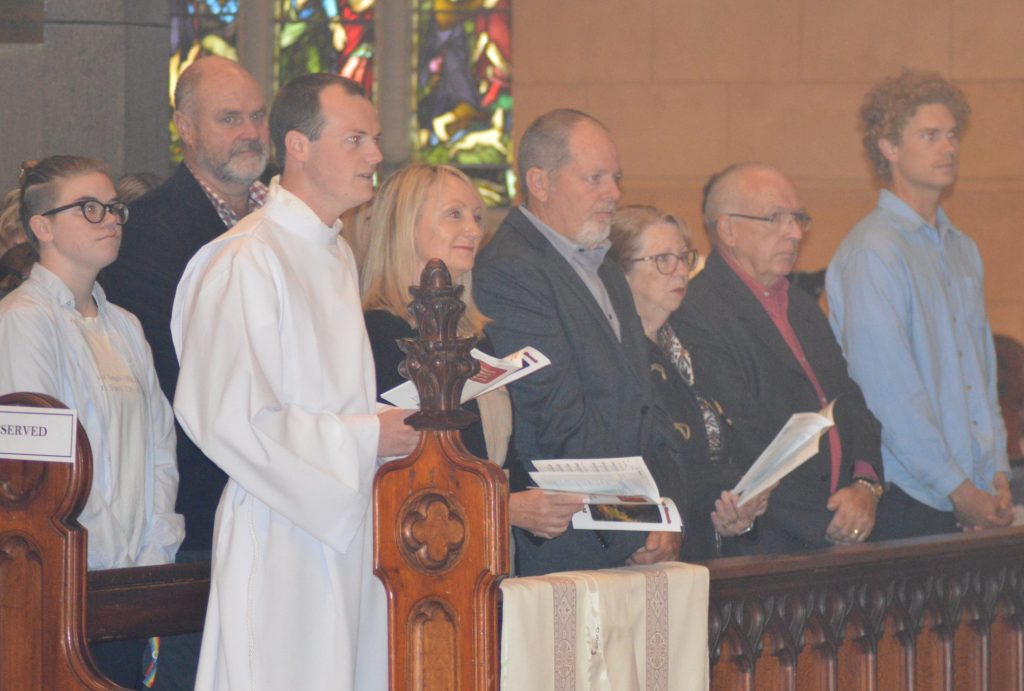 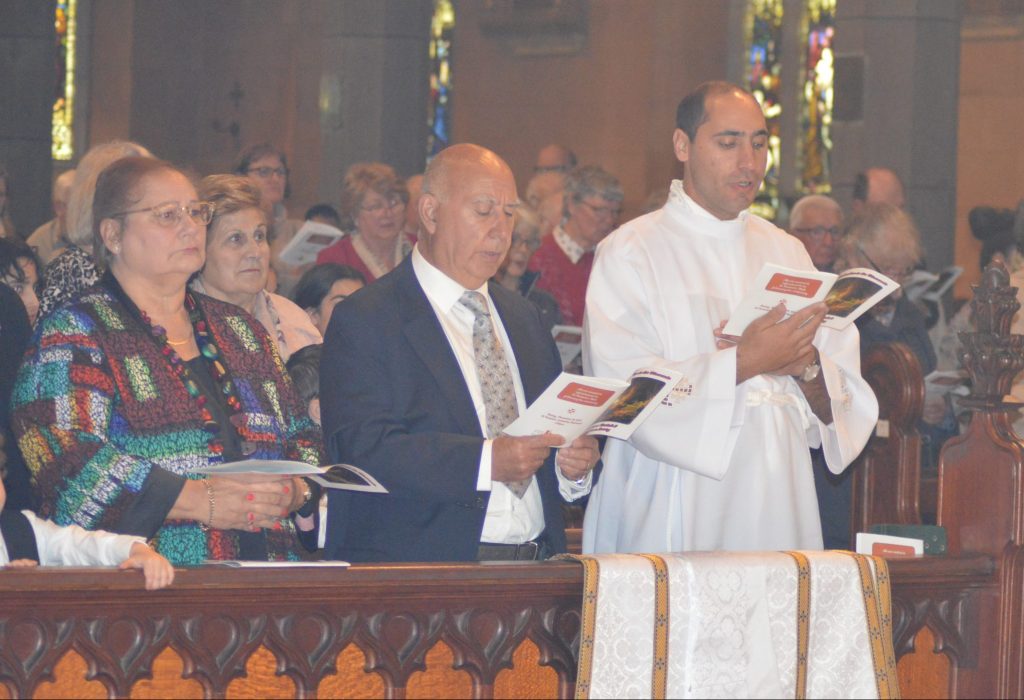 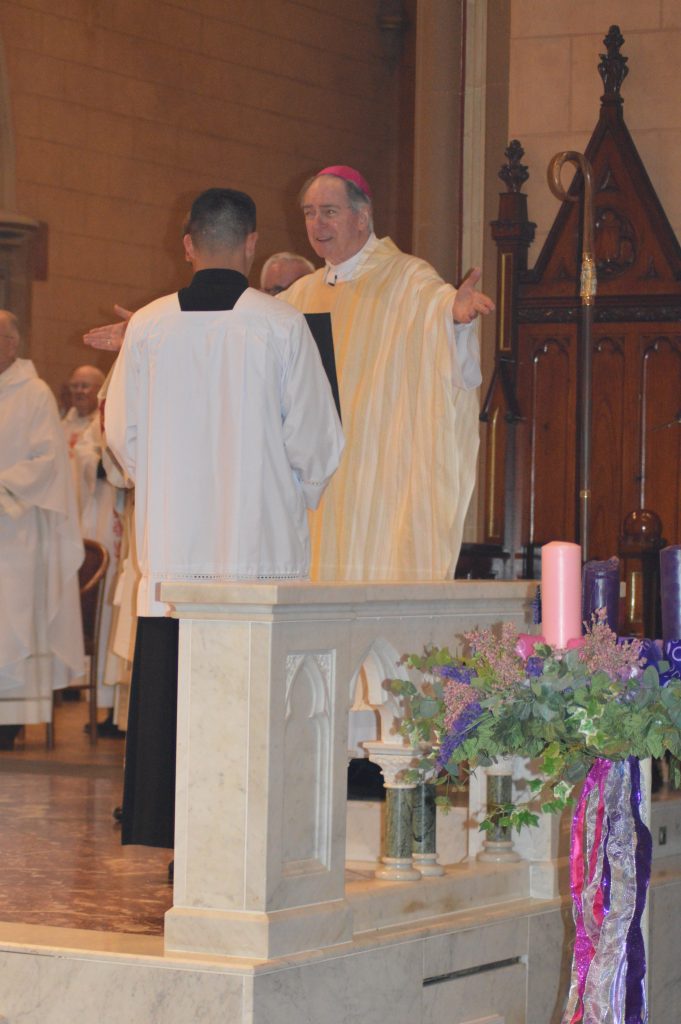 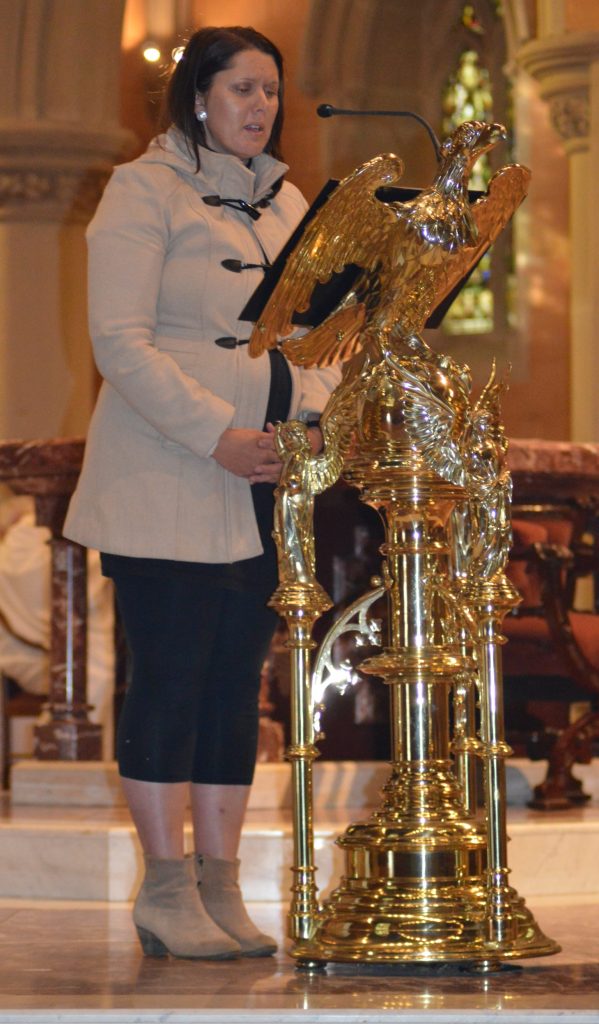 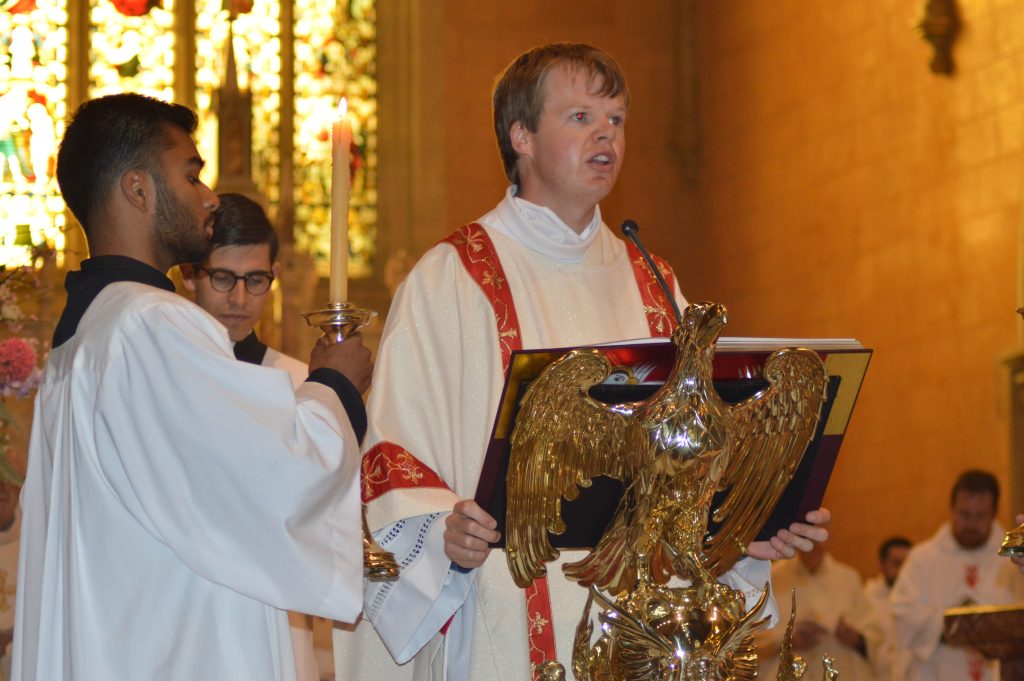 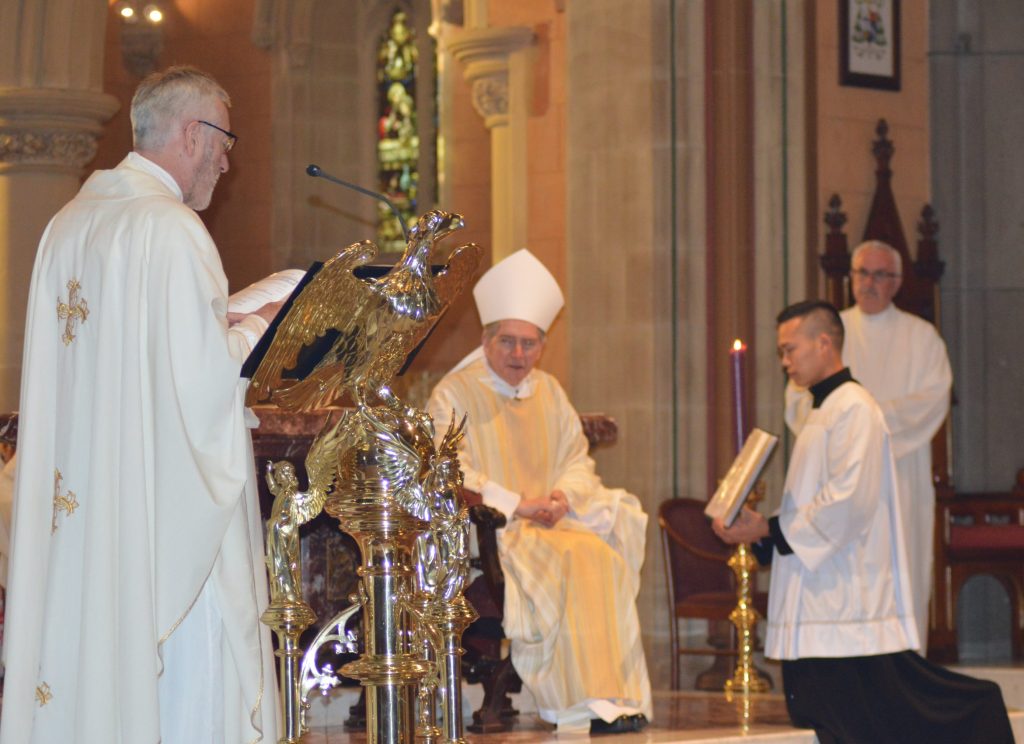 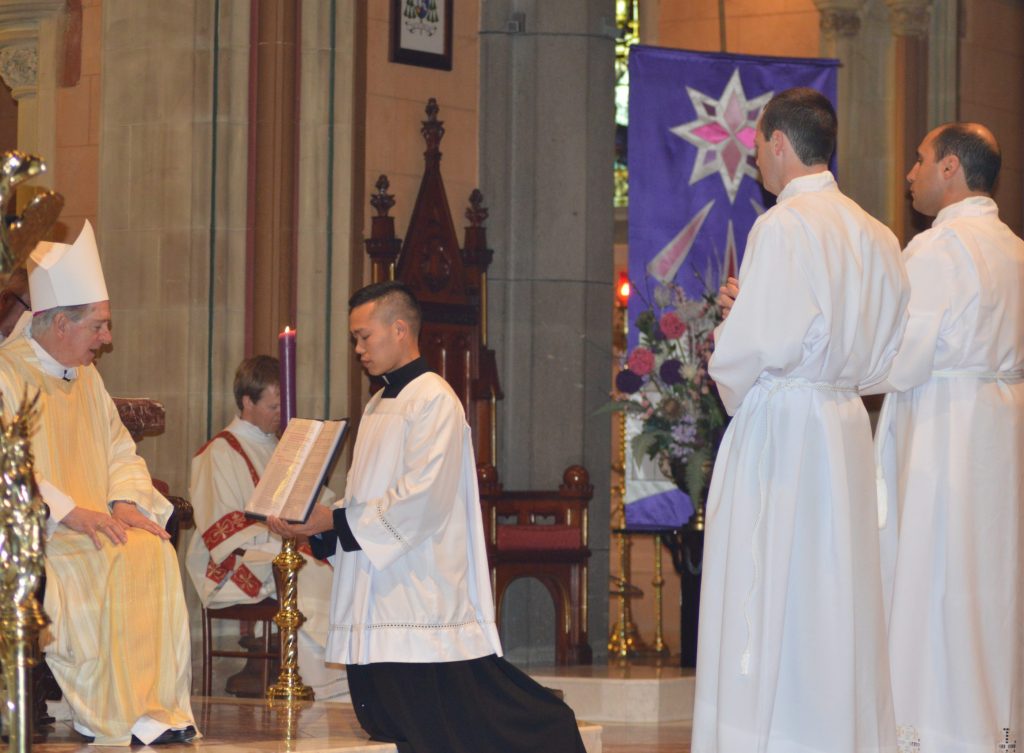 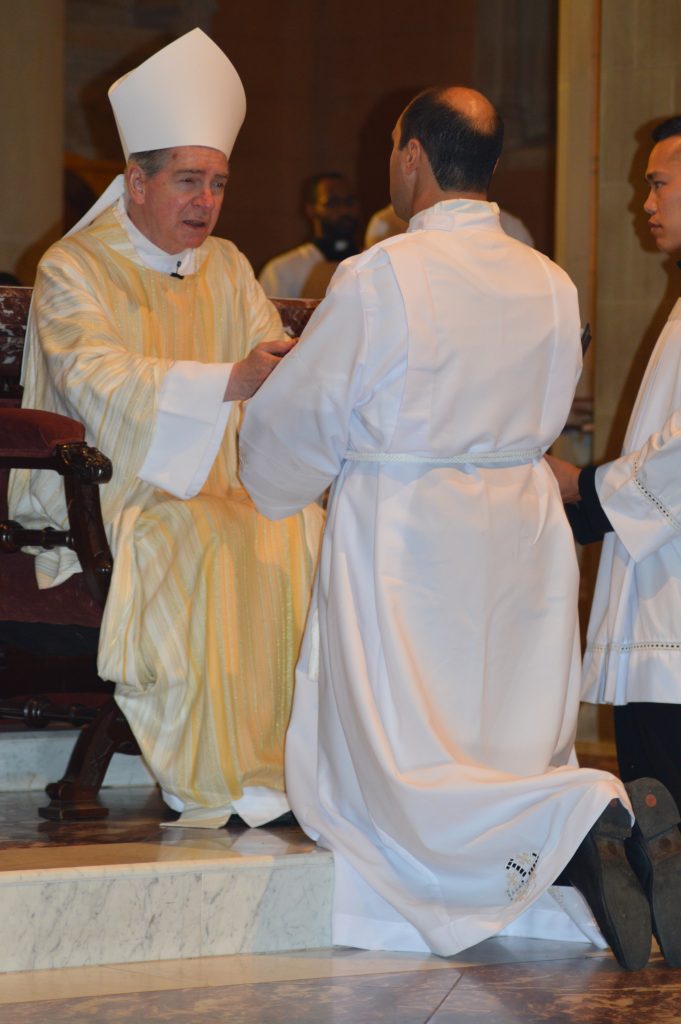 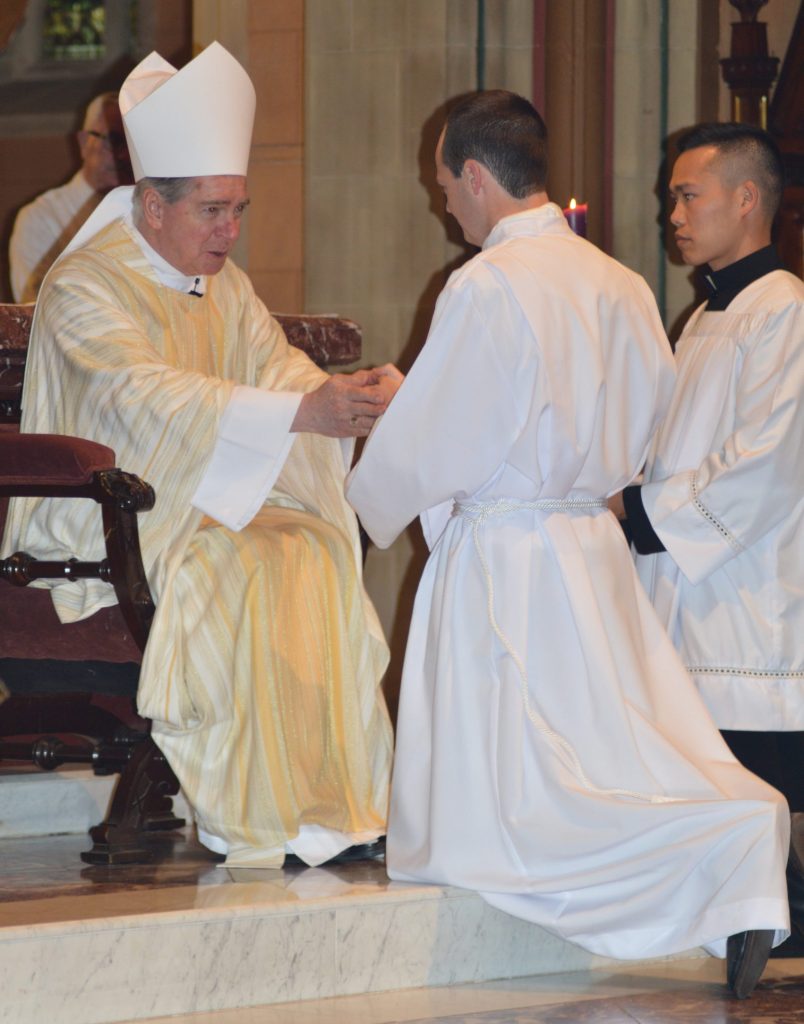 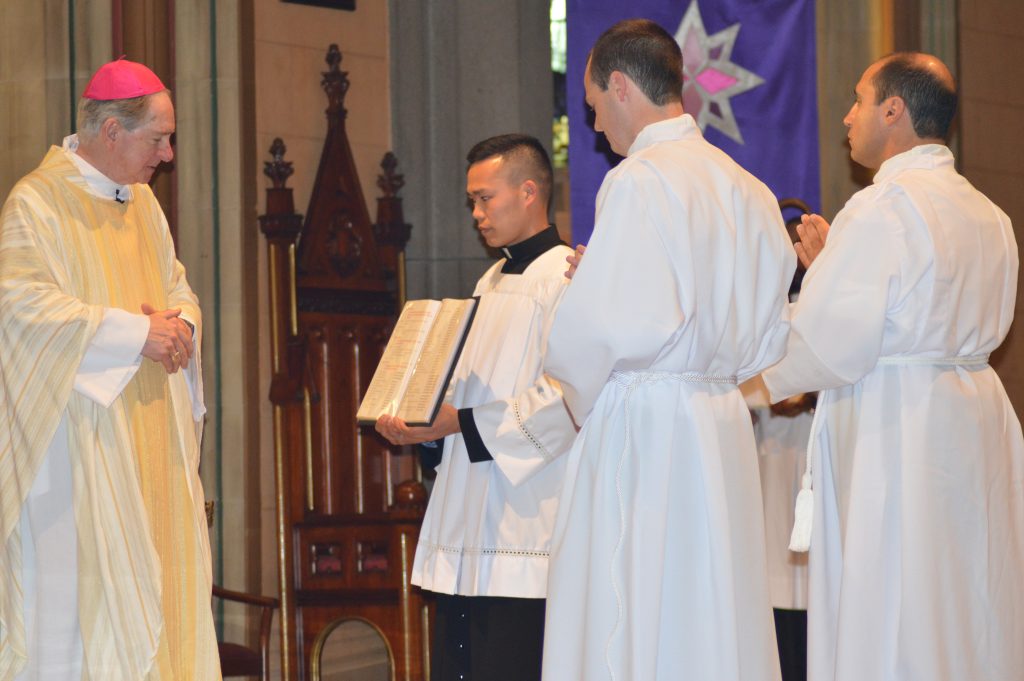 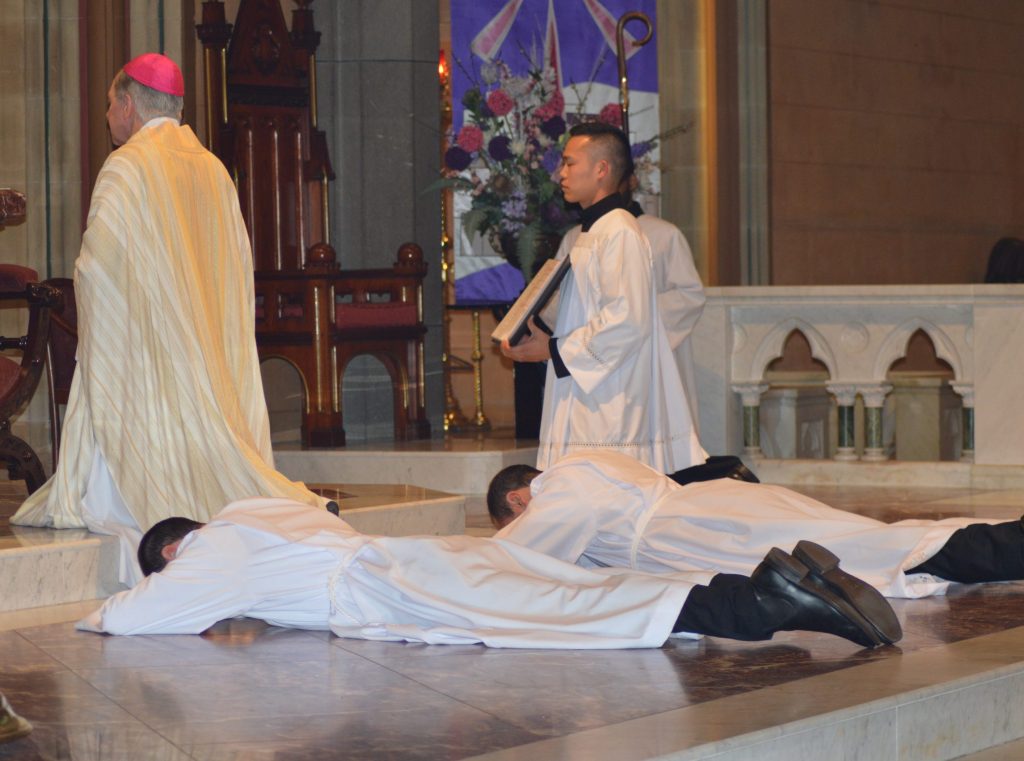 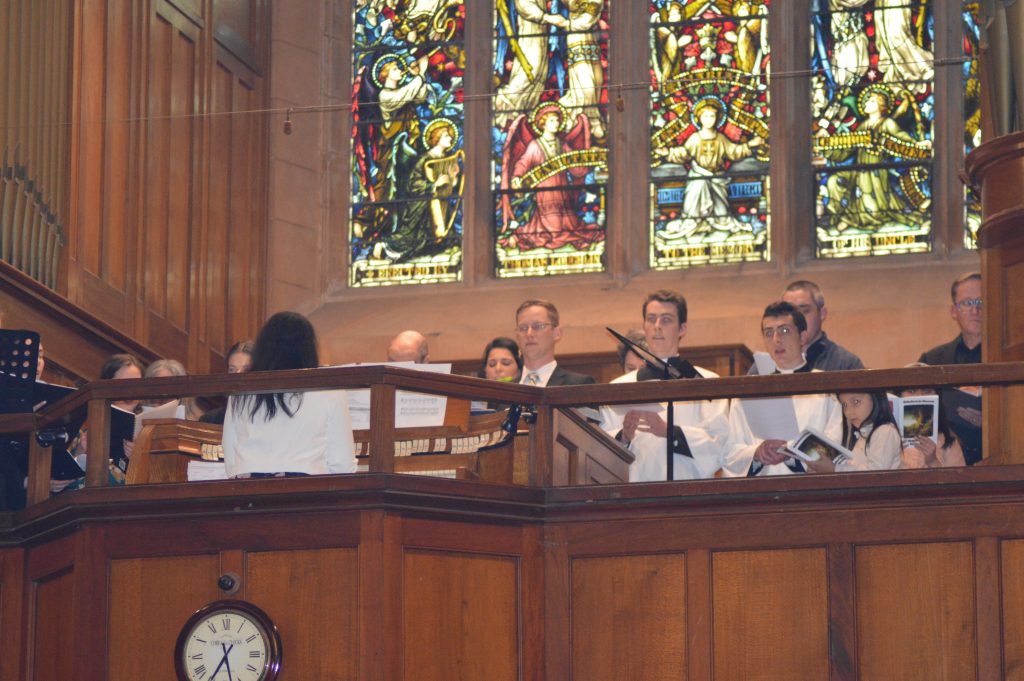 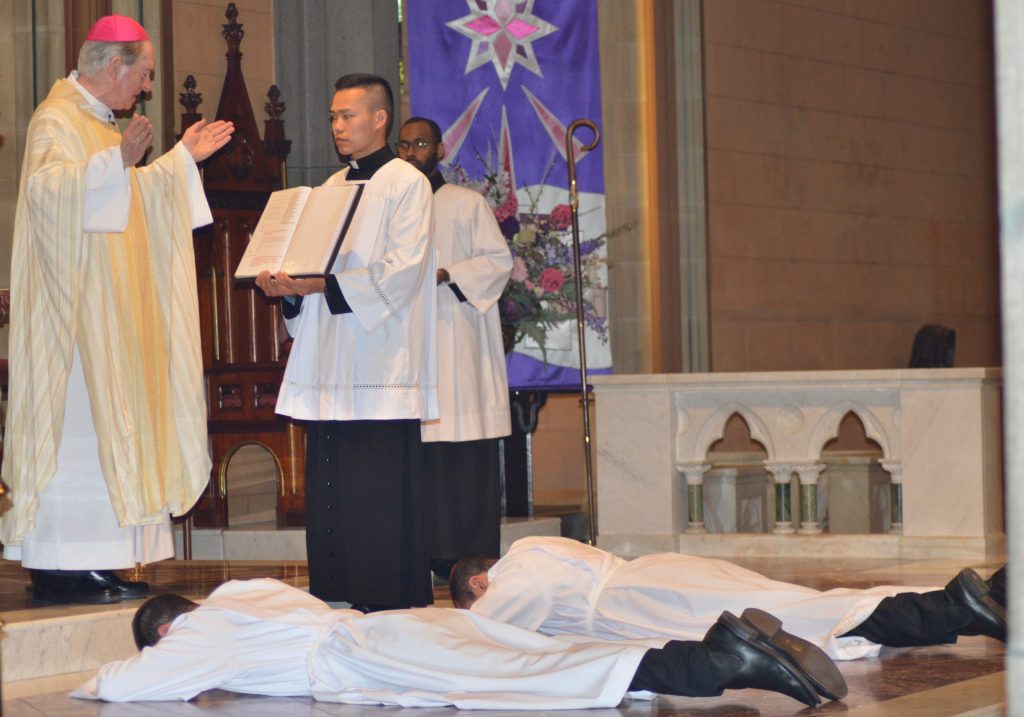 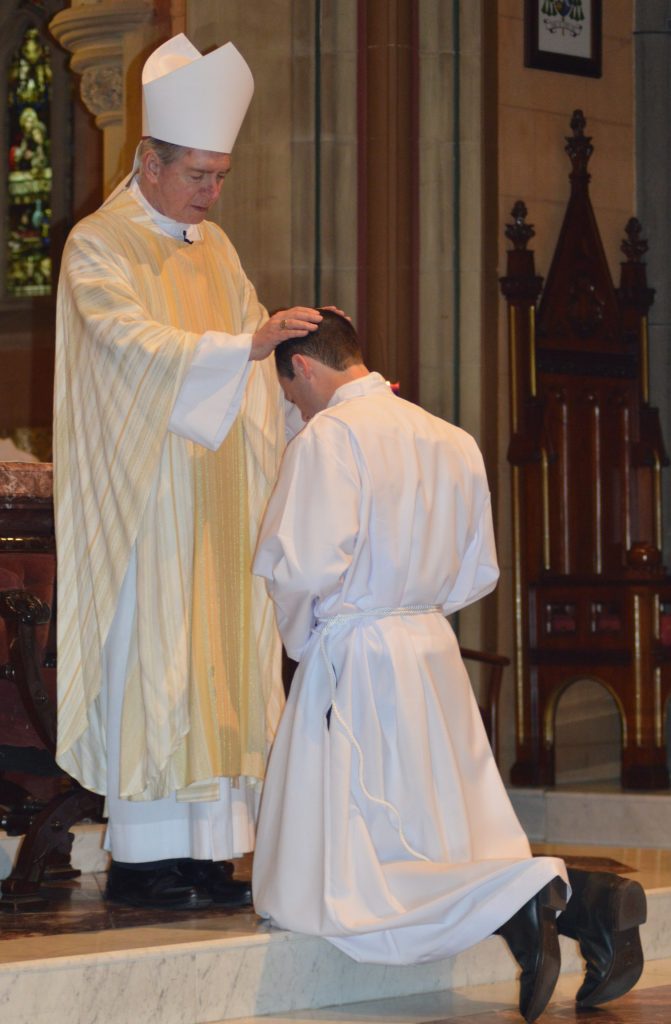 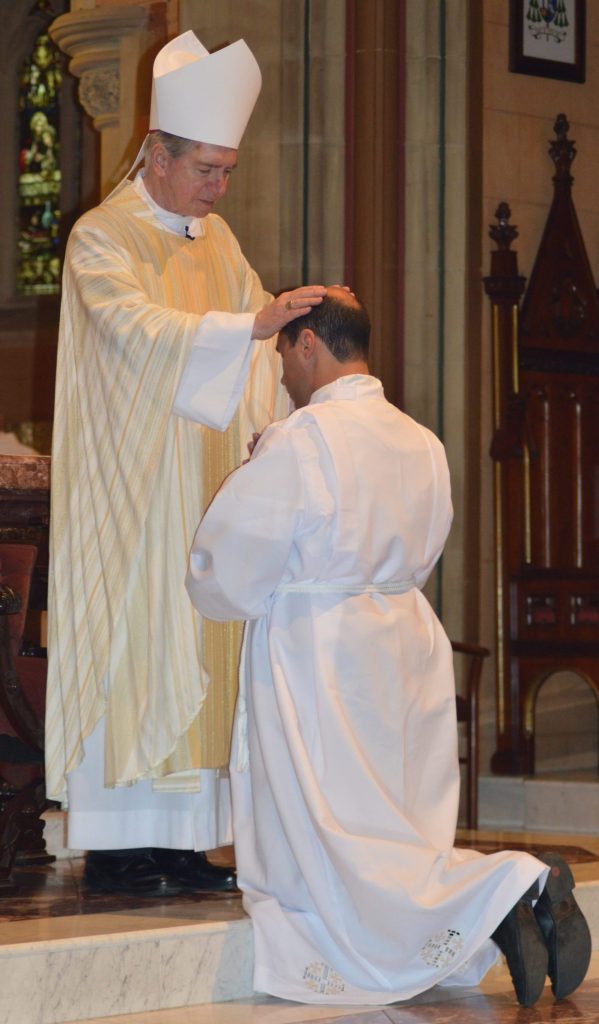 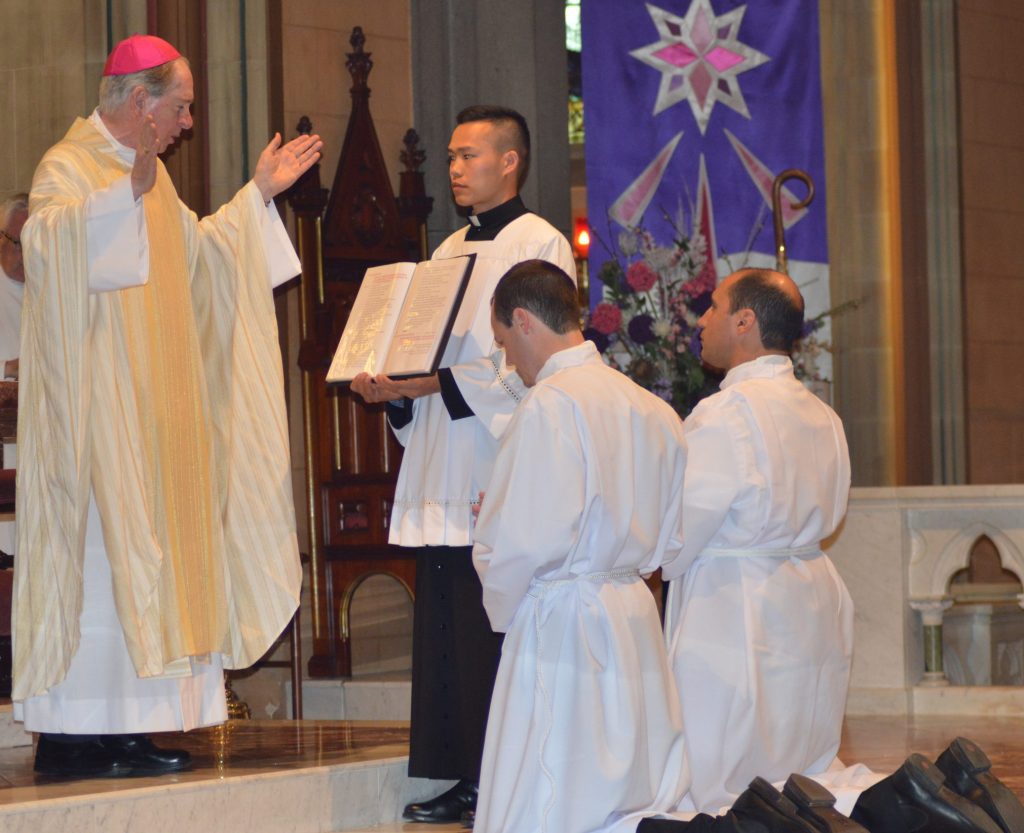 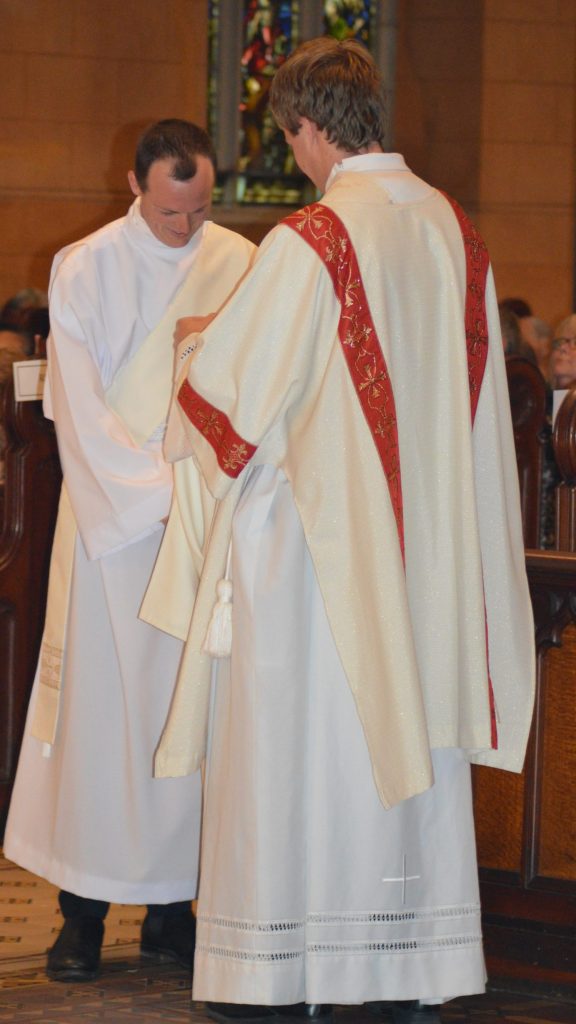 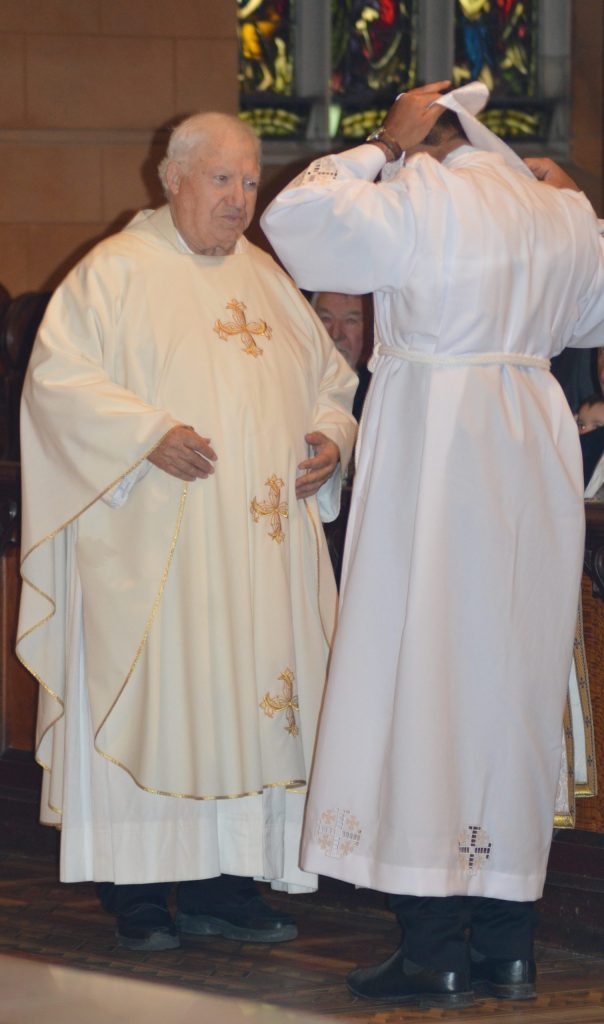 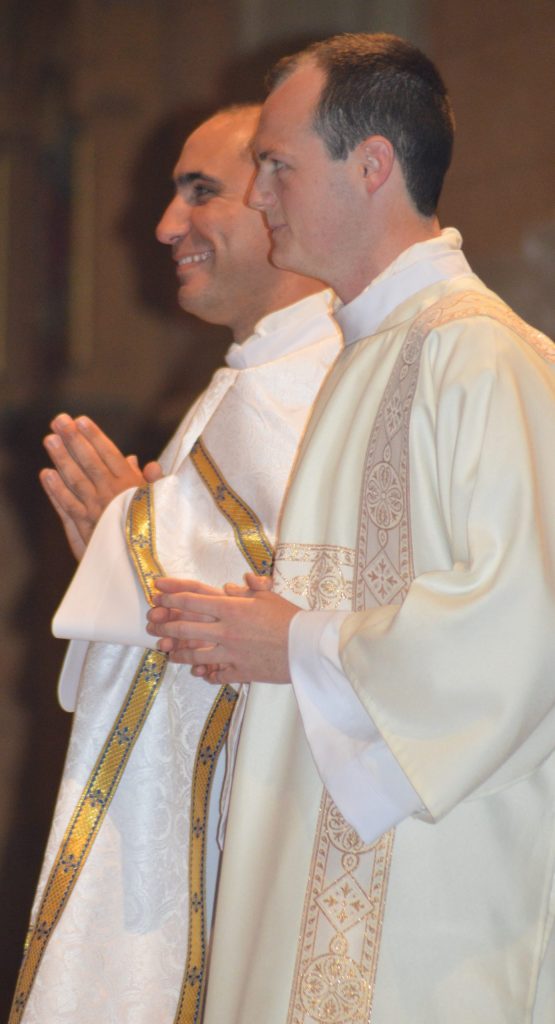 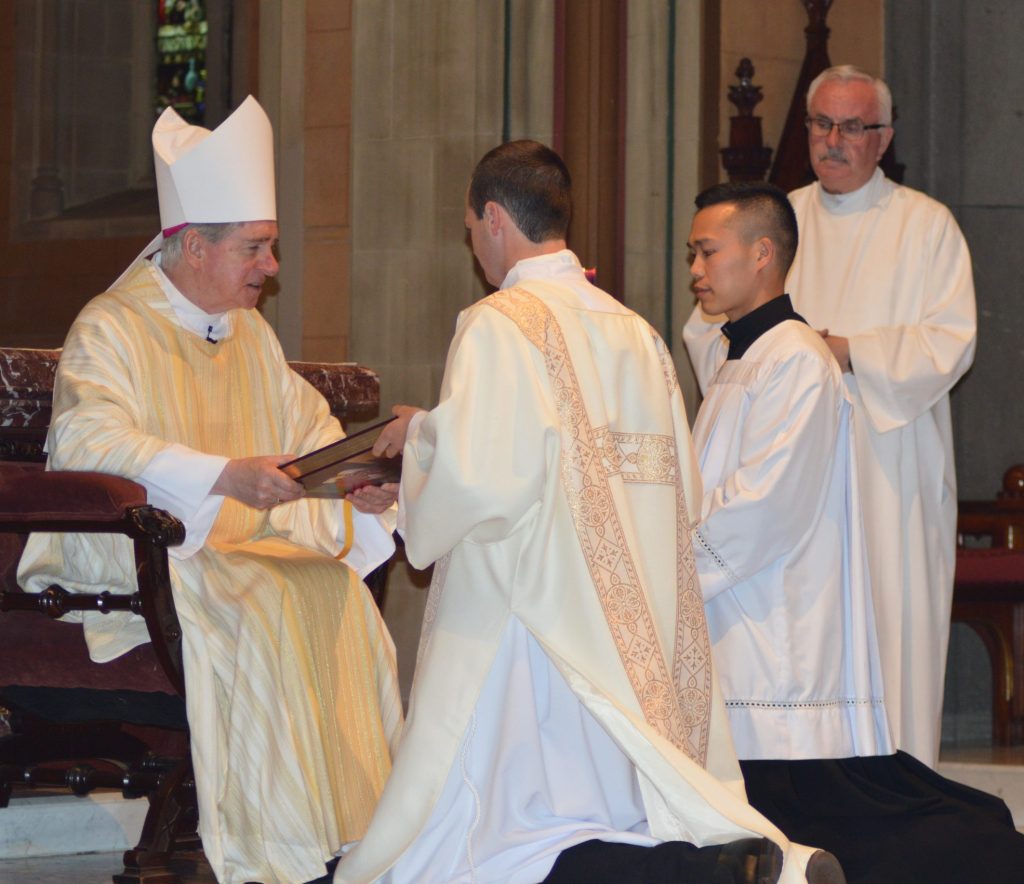 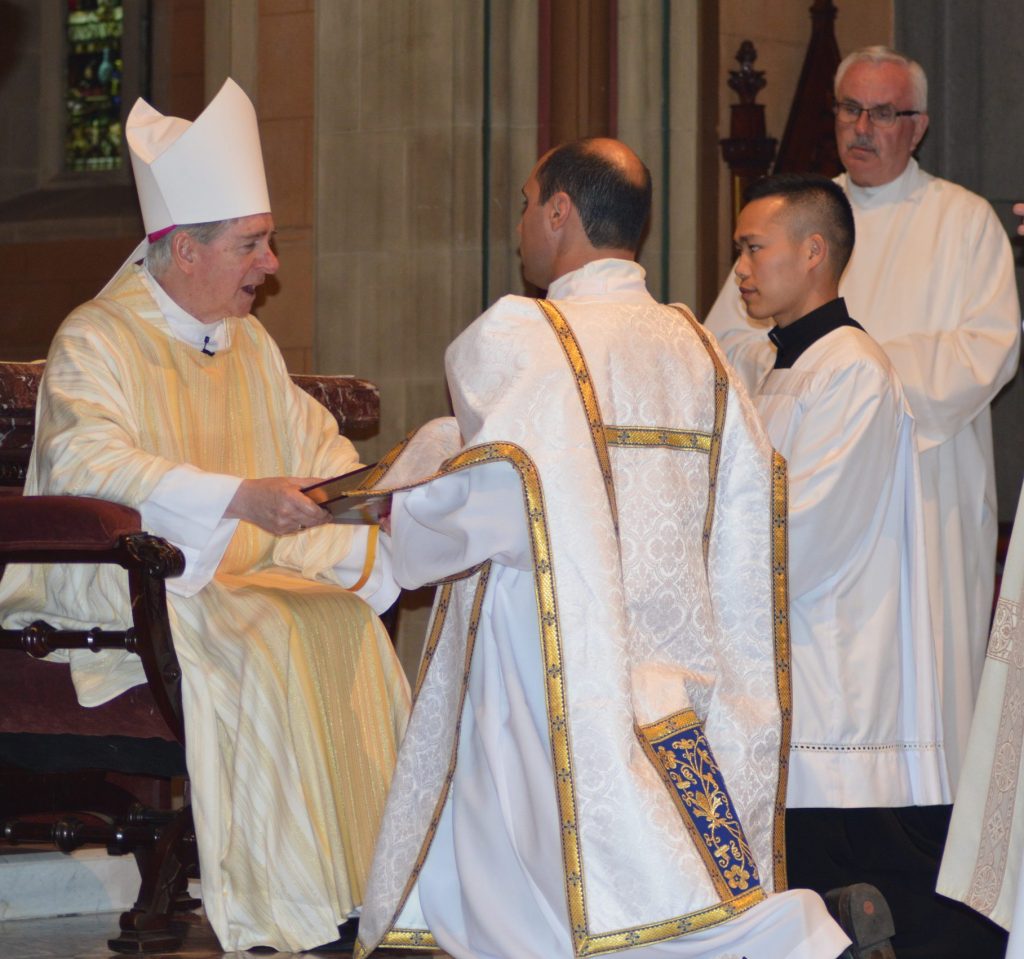 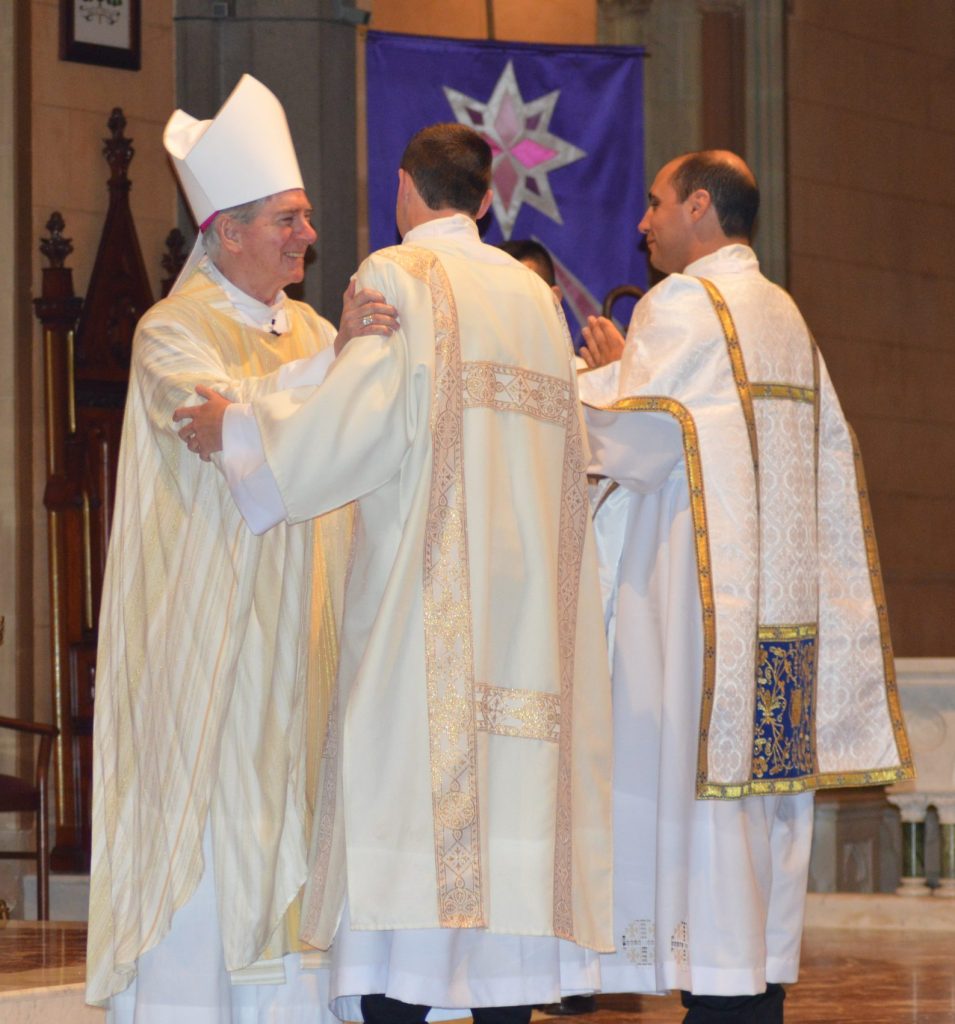 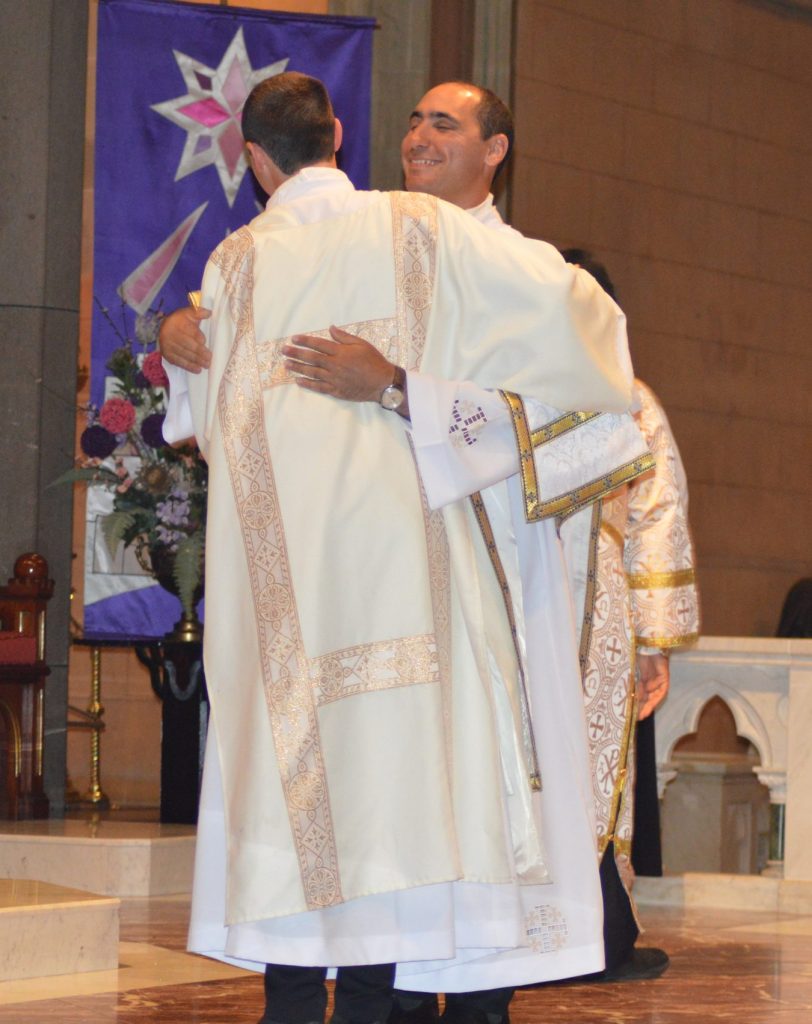 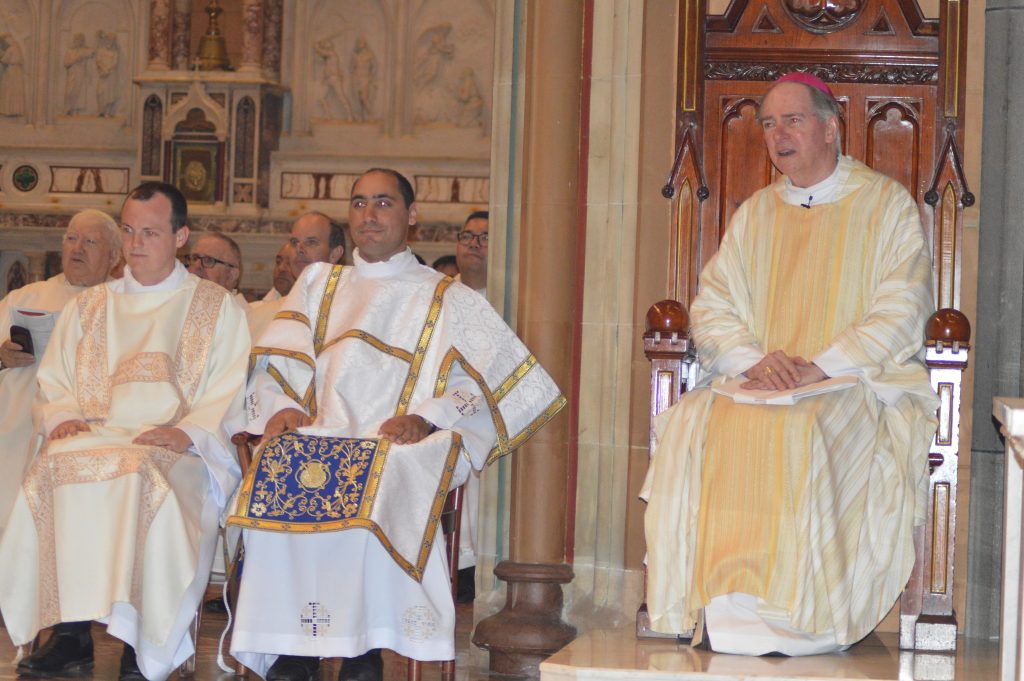 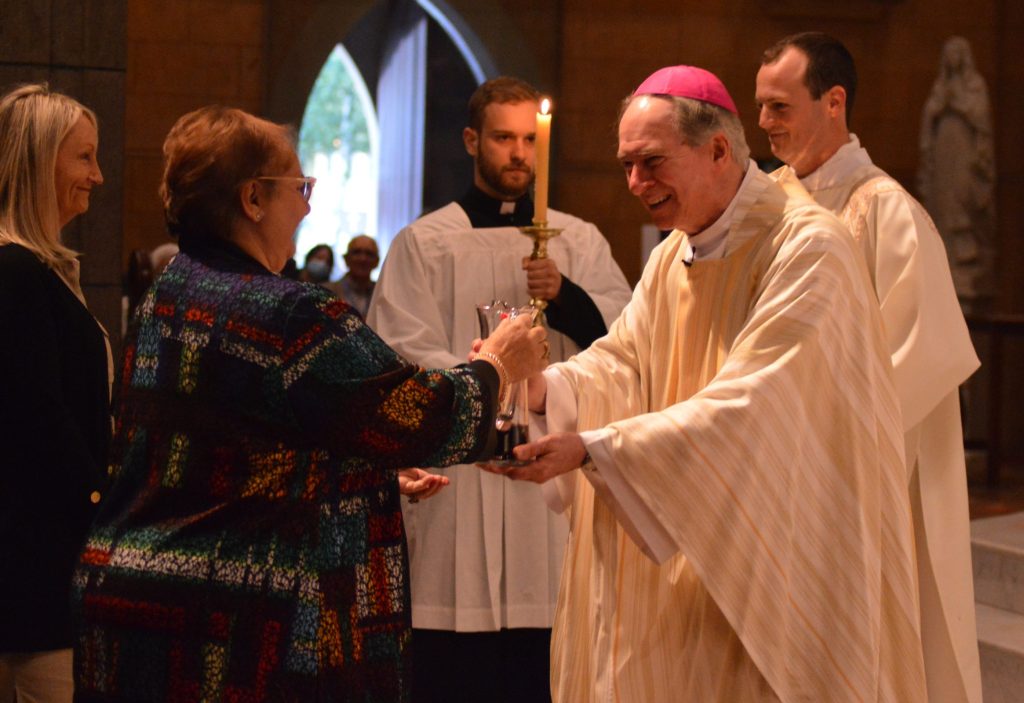