As the largest Catholic gathering in Australia, the ACYF promotes and engages the life and voice of young Catholics, equipping them to live out their faith in the world.

The next ACYF was scheduled to be held in December 2021, however COVID -19 interrupted these plans. We do not have any information on when the next Festival will be held at this stage. 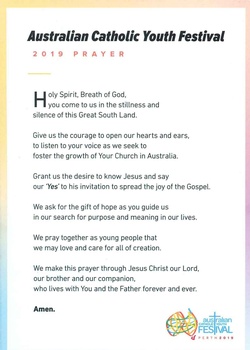 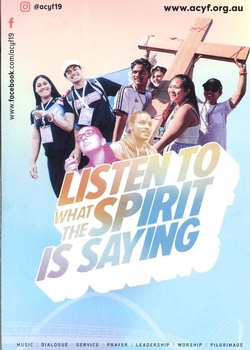 Around 18,000 young people attended the Australian Catholic Youth Festival in December 2017.  The theme of the Festival was Open new horizons for spreading joy.  The Festival offered a multitude of ways of expressing Catholic faith in an amazing three-day experience.  ACYF 2017 was held at Sydney Olympic Park and other nearby venues.

The Ballarat diocese had a booth at the ACYF Expo based on Amazing Young People of Ballarat and Australia. Flyer here

ACYF is hosted by the Australian Catholic Bishops Conference.  The idea of hosting a large national festival grew out of Australia’s involvement in World Youth Days and a wish to gather Australia’s Catholic youth together. It exists to provide young people with opportunities to explore and deepen their faith, to be empowered to be agents of change in the world today, and to encounter and celebrate the diversity and vitality of Catholic faith in Australia.  It also gives the Bishops of Australia the opportunity to hear and meet the young people of Australia. The first Festival was held in Melbourne in 2013 and the second in Adelaide in 2015.  Many young people from Ballarat Diocese, together with Bishop Paul Bird, attended all three events.

We are a community of communities from the Murray to the sea.
Inspired by the Gospel and nourished by the Eucharist, we follow the example of Jesus and the guidance of the Holy Spirit, reaching out in joyful and humble service, caring for all of God’s creation, growing in love day by day and looking forward to life with God forever.
Diocesan Vision Statement
In the spirit of reconciliation, we acknowledge the traditional custodians of the lands in which the Diocese of Ballarat sits. We would like to pay our respects to the Aboriginal Elders past, present and future for they hold the traditions, memories and wisdom of Mother Earth on which we place our feet upon today.
- ACKNOWLEDGEMENT OF COUNTRY -